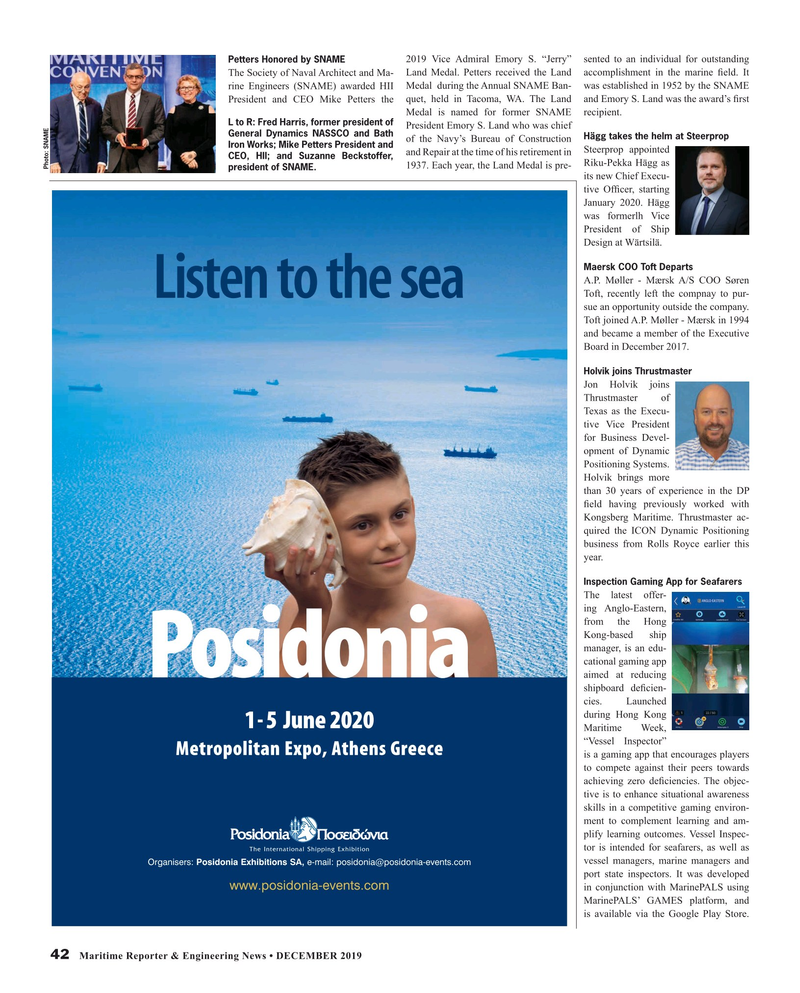 The Society of Naval Architect and Ma- Land Medal. Petters received the Land accomplishment in the marine ? eld. It rine Engineers (SNAME) awarded HII Medal during the Annual SNAME Ban- was established in 1952 by the SNAME

President and CEO Mike Petters the quet, held in Tacoma, WA. The Land and Emory S. Land was the award’s ? rst

Steerprop appointed and Repair at the time of his retirement in

Listen to the sea sue an opportunity outside the company.

Toft joined A.P. Møller - Mærsk in 1994 and became a member of the Executive

Holvik brings more than 30 years of experience in the DP ? eld having previously worked with

The latest offer- ing Anglo-Eastern, from the Hong

Metropolitan Expo, Athens Greece is a gaming app that encourages players to compete against their peers towards achieving zero de? ciencies. The objec- tive is to enhance situational awareness skills in a competitive gaming environ- ment to complement learning and am- plify learning outcomes. Vessel Inspec- tor is intended for seafarers, as well as