It is time for the Coast Guard to defend the authority granted  to it by Congress, the Executive Branch and the courts.

The Author
Dennis L. Bryant is with Maritime Regulatory Consulting, and a regular contributor to Maritime Reporter & Engineering News as well as online at MaritimeProfessional.com.
t: 1 352 692 5493
e: dennis.l.bryant@gmail.com 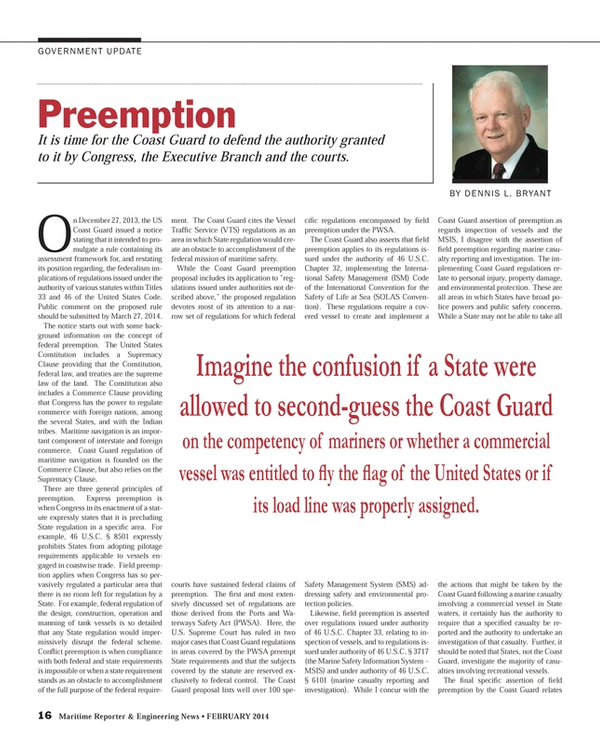