The Aker Stord subsidiary of the Aker Maritime group has been awarded the main contract for the new platform for Statoil's Kristin development in the Norwegian Sea. Worth approximately $560 million, this assignment covers design and hook-up of the whole installation as well as construction of part of the topsides.

Aker Maritime could apply its expertise with floating platforms to bidding for the Kristin unit. It also built further on good and well-tested project execution methods developed by the group, which were applied not least to the successful delivery of Snorre B floater in the Norwegian North Sea last year.

Implementation of the Kristin project will be made even more efficient by exploiting the opportunity to concentrate all construction and hook-up work at one site.

The contract covers design and procurement for the semi-submersible platform hull as well as the topsides, including the utilities, process and riser modules and the flare boom. Aker Stord will also fabricate the utilities and process modules as well as hooking up the whole topsides, including the remaining modules. The west Norwegian yard is also responsible for mating topsides and hull. Statoil is due to go out to tender later this year for construction of the hull as well as the living quarters, riser module and flare boom. Engineering will begin in mid-January, with construction work set to start in January 2003. The platform will commence regular production on October 1, 2005. 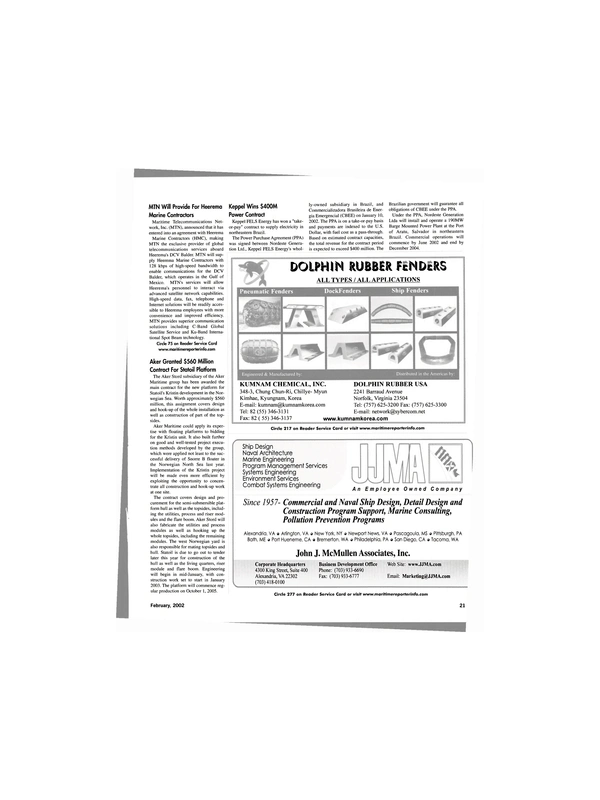