Instead of initial plans for splitting the order between IZAR and its former subsidiary H.J. Barreras, both 145-ft. (44.1-m), 2,900 dwt vessels will be built by IZAR at its Seville yard. The first vessel is scheduled for delivery on January 2004 and the second, four months later. ENTMV will operate the ships between Algiers and Marseilles, with a call on the way at Alicante.

These fully automatic vessels will each have a control system simultaneously monitoring 1,200 stations and will be supplied with a 24-hour unattended engine room. 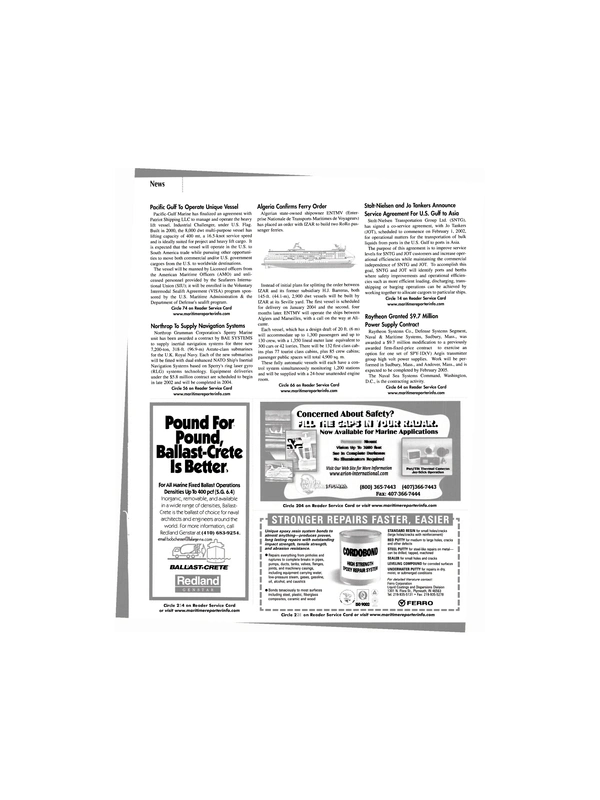