With its 14,600 LT drydock completely booked until the end of April, which has been utilized to the fullest since it was put into operation last summer, Atlantic Dry Dock has myriad of projects scheduled at its yard.

Regarding Atlantic's 1,300 LT Marine Railway, the drydock has been busy over the past several months with vessels from both the Tug and Gaming market segments.Upcoming projects include the tug, Chub Key; and gaming vessel, Stardancer.

In addition, to its newly-renovated drydocks, the company now houses a fully modernized Inside Machine Shop operation equipped with a 65 ft. (19.8 m) lathe capsule, which can accommodate a 6 ft. (1.8 m) turn. 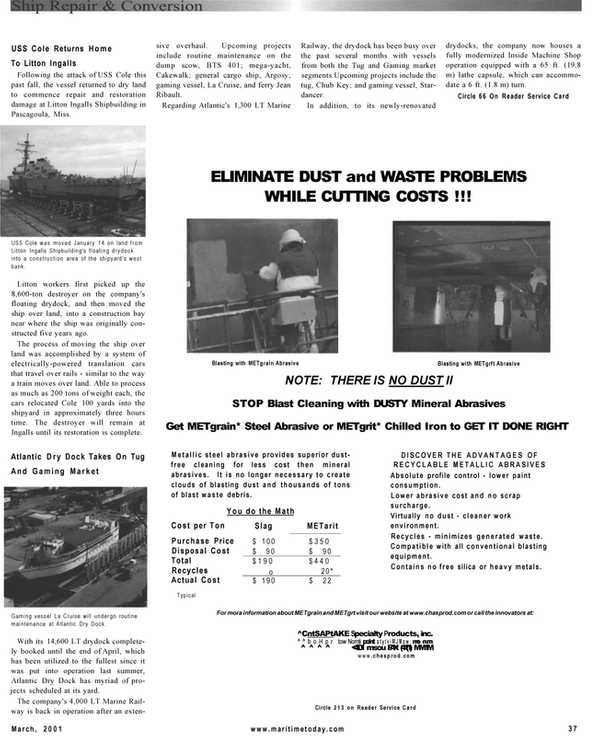