Image Marine has delivered three of nine innovative police boats for the New South Wales Police Service, Water Police Branch. Arriving in Sydney Harbor — the vessels, which are named Vigilant, Vanguard and Victor — were to have been joined by the remaining six the end of this July.

Upon completion, the new fleet will consist of two 72-ft. (22-m) vessels and seven 52-ft. (16-m) vessels. Nicknamed "Water Rats," the vessels will replace many of the existing vessels in the Police Fleet. The new boats will work to conduct marine search and rescue operations; combating marine criminal activities and marine security in Sydney during the Olympic Games. With a maximum speed of 28.5 knots, designs of the monohull Class 1 and Class 2 vessels were specifically formatted to meet the needs of the N.S.W. police.

Designed by the company's in-house team, the vessels have a planing aluminum hull form with a varying deadrise, with the waterline entry providing the least resistance at full operational speed. At the same time, the design also offers the most comfort in a variety of sea conditions. 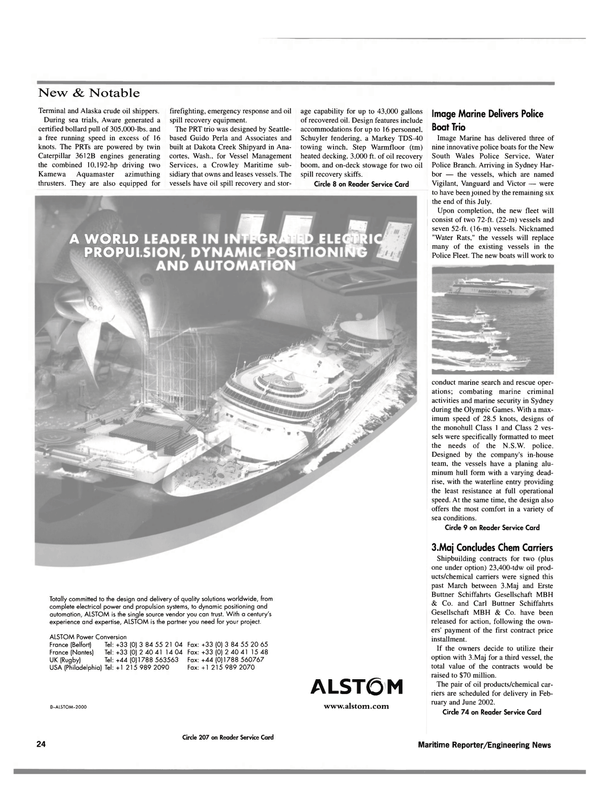