Finland posted a record monthly trade surplus for October, boosted by a major deal by one of its shipyards and accelerating economic recovery. The customs board's preliminary data for October showed a trade surplus of a record $ 1.4 billion, with exports up 14 percent yearon- year at $4.1 billion and imports up six percent at $2.7 billion. October saw the departure from Finland of Voyager of the Seas, the world's largest cruiser ship.

It was built by Kvaerner's Masa-Yards for Royal Caribbean.

Economists said that despite this oneoff item, the data added to evidence from figures in the past few months indicating that the economy was back on track after being hit by the Russian crisis and a global economic slowdown last autumn. In September, Finnish exports grew eight percent after a flat August and a seven percent fall in July.

September industrial production increased by 5.2 percent, 2.1 percent in August and 3.9 percent in July. Growth was also driven up by export revenues from the booming technical products industry, which is led by telecommunications equipment maker Nokia. 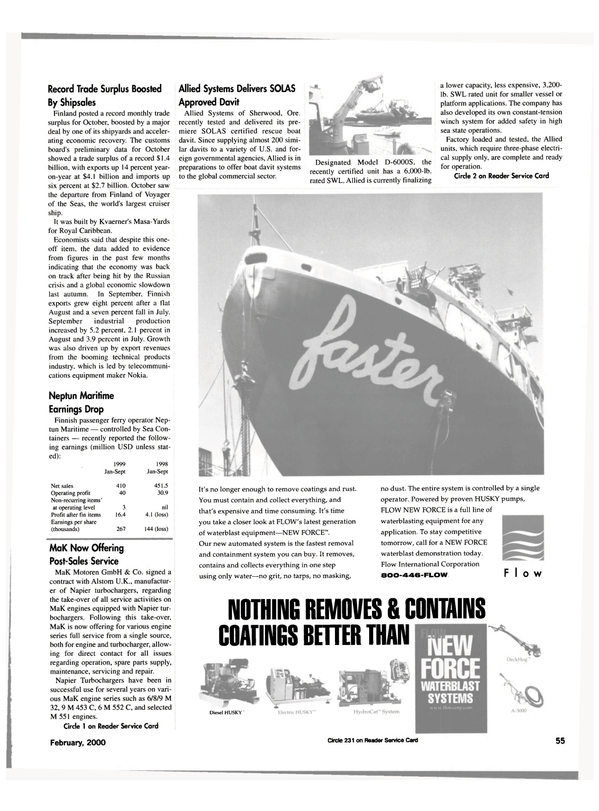