The two vessels are currently under construction at Meyer Werft Shipyard in Papenburg. Radiance of the Seas, will be delivered in early 2001, with the second vessel scheduled to arrive during the second half of 2002. 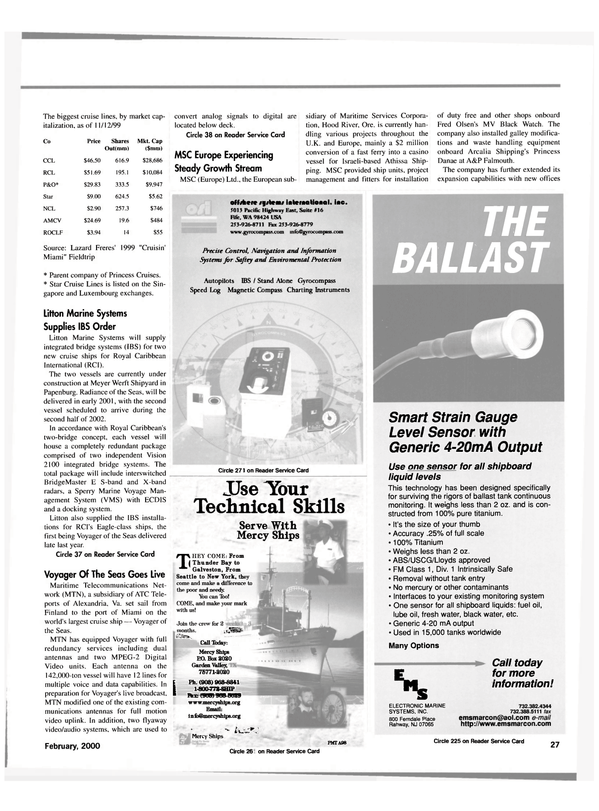