Towards the end of 1999, the stock market had shaken off concerns about the economy becoming too strong, interest rates had backed up and the general economy was sound. The S&P had moved back into positive territory, led by a rally in the technology sector and assisted by oversold sectors such as the retailers.

Since early November, the cruise shares staged an impressive rally, with an 11.6 percent one-month rise in the LF Cruise Index (pictured), which is consistent with the performance of the two leaders, CCL and RCL. Even more impressive was the truly explosive one-month performance of Star Cruises, which rose 50 percent.

Star is now the fourth largest cruise line in the world based on its market capitalization of $5.6 billion. The Lazard Freres Cruise Index enjoyed good performance in the last few years, with a five year cumulative return of 264 percent. 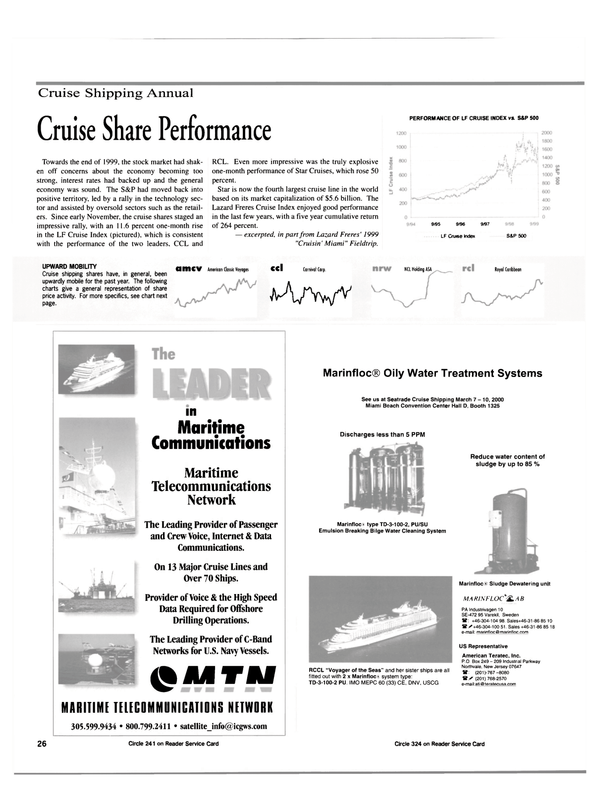