Officials said the vessels were all under construction, and one will be delivered in the first quarter of 2000, two in the second quarter and the fourth in the first quarter of 2001. Bergesen said it has an option to order two other ships for delivery in the first half of 2001. Hitachi Zosen Corp., a major Japanese shipbuilder, posted a parent current loss of $163.4 million for the year ended March 1999, its first current loss in 10 years, against current profit of $65.3 million a year earlier, mainly due to losses from unprofitable overseas business. 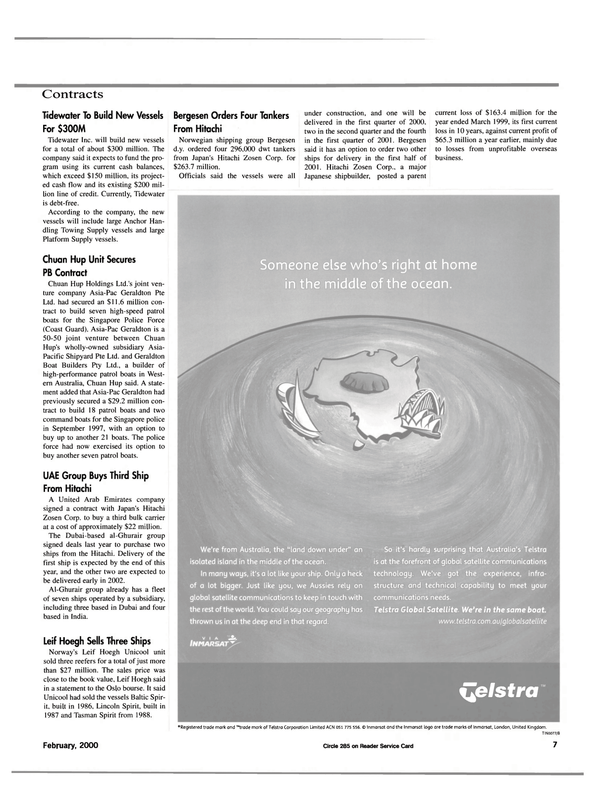