The general economic terms of the agreement in principle involve: the exchange of the company's presently outstanding senior notes in the total principal amount of approximately $291 million, for new notes in the total principal amount of $100 million; the cancellation of present equity and issuance of 88 percent of the new common shares to holder of the senior notes with the balance going to the company's management: and the guarantee of the new notes by Golden Ocean's vessel owning subsidiaries, which would also continue to perform their obligations under loan agreements, shipbuilding contracts and charters.

Golden Ocean also announced that Fred W.Y. Cheng has resigned as chairman and CEO of the company. Cheng, the architect of the company's major VLCC newbuilding program is departing the company to pursue new business interests Schlumberger Limited. Transocean Sedco Forex is now designated as the world's largest offshore drilling contractor and third largest oilfield services company in terms of equity market capitalization, based on closing prices of the merger date.

In the merger, about 109.6 million ordinary shares of Transocean Offshore are being issued to stockholders of Schlumberger. Following the merger. 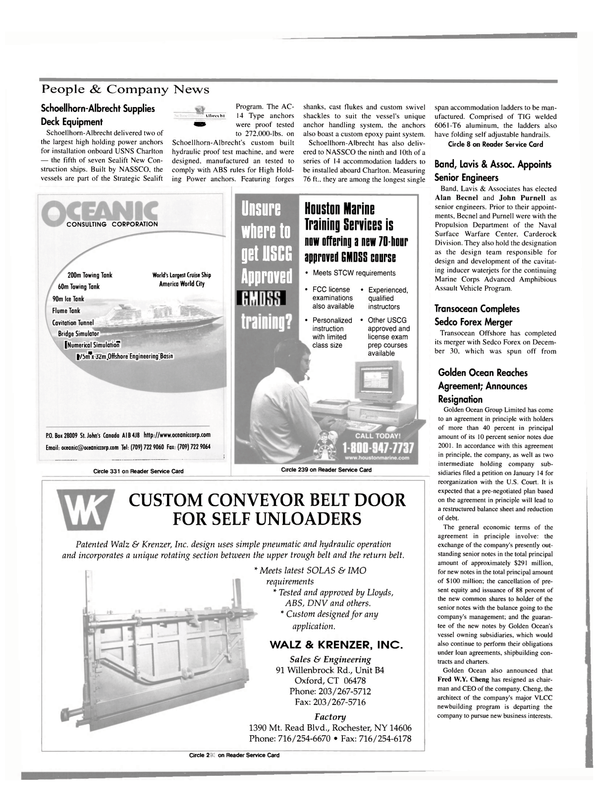