Two hydraulic service cranes have been supplied by HIAB-FOCO of Sweden to Norway's Gullfaks oilfield project in the North Sea. The cranes, both HIAB 180 Sea Crane units, were specially designed for use on tanker loading facilities in the North Sea. Both will work on the field's two single-point mooring (SPM) system.

The units offer the unusual combination of a two-ton crane winch for general lifting purposes and a 500-kg high-speed winch for load lifts from water level up to the rotating deck.

The Gullfaks SPM systems arearticulated column structures that comprise a steel tower fixed to the seabed by a universal joint and topped by a circular deck for crude oil transfer to tankers. On this type of installation, the HIAB-FOCO Sea Crane knuckle-boom principle provides the advantages of light weight and a compact foldaway configuration.

Other benefits of the models include direct hook lift, load control, all-around slewing and a large working area.

The Sea Crane series is designed for offshore use in the rough North Sea, and reportedly is the only knuckle boom crane for marine use with Lloyd's Register approval.

In addition, the cranes delivered to Gullfaks are manufactured to Det norske Veritas standards and meet the requirements of the Norwegian Maritime and Petroleum Directorates.

For further information on HIAB Sea Cranes including a color brochure and technical data, Circle 5 on Reader Service Card 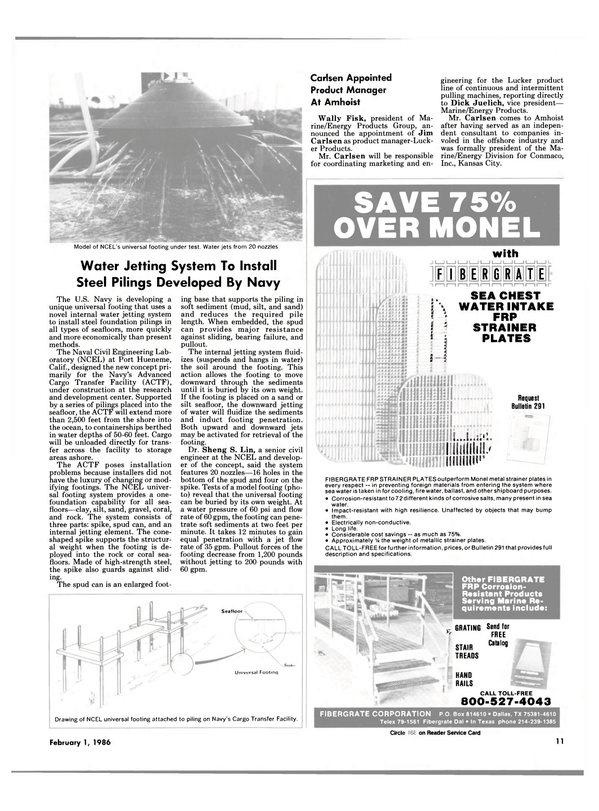