London shipbroker E.A. Gibson said that the tanker market closed 1985 "on the highest note for some time," with a surge in freight rates during the last two months of the year. As a result, some Greek ship- owners are buying secondhand tonnage at a brisk rate. Laid-up tonnage is at a three-year low, orders for new tankers are very scarce, and scrapping continues to boom.

Some freight rates, in particular for tonnage in the 80,000 to 100,000- dwt range, doubled during December, producing a spinoff to other sectors including ULCCs and VLCCs. During the last few weeks of the year, Greek owners snapped up about a dozen of the huge crude carriers, making their total purchases during the second half of 1985 more than seven million dwt.

The ULCCs are going at bargain prices. Thassos Maritime Enterprises bought the 392,000-dwt Berlin, which cost $75 million to build 10 years ago, for about $5 million.

The tanker has been laid up for the past two years in a Norwegian fjord.

Some 15 VLCCs have been taken out of lay-up along the Greek coast to capitalize on the rising frieght rates and lower operating costs.

They will sail through the Suez Canal in ballast to load crude oil in the Arabian Gulf during the next two months. 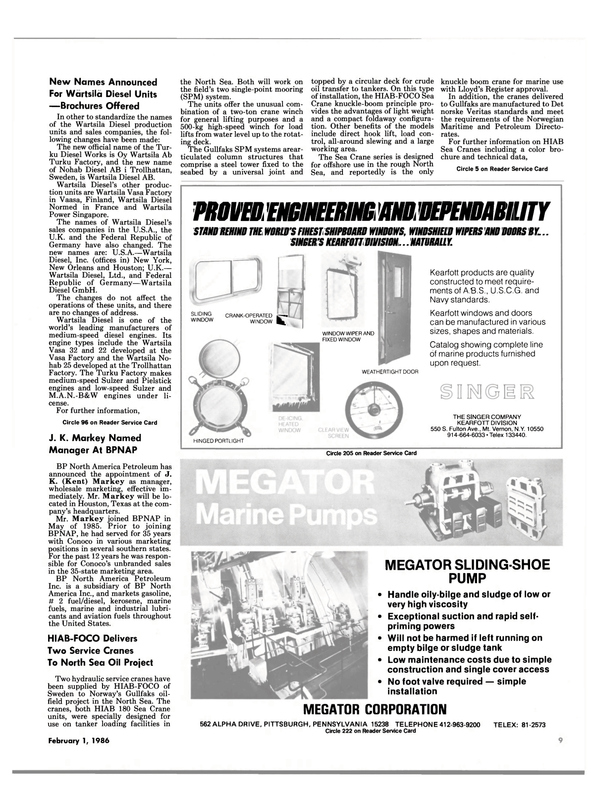