Y.C. Chiu, who has been with HUD since 1950, has been appointed commercial manager of the dockyard. A naval architect and marine engineer, he has held various posts at HUD including business manager and estimating and technical services positions.

G.R. Gough has been named executive manager-finance and administration.

He joined HUD in 1978 as finance manager, and had previously been with the Hong Kong Government and Her Majesty's Forces.

C.B. Harris remains executive manager-marine operations. A naval architect, he has been at HUD since 1964 in various positions in the production management area, as well as in technical services and estimating posts.

Mr. Smith, who joined HUD in 1970, became managing director in September 1984. An accountant by profession, he held various accounting positions at HUD, including finance director, before becoming executive director-group operations. 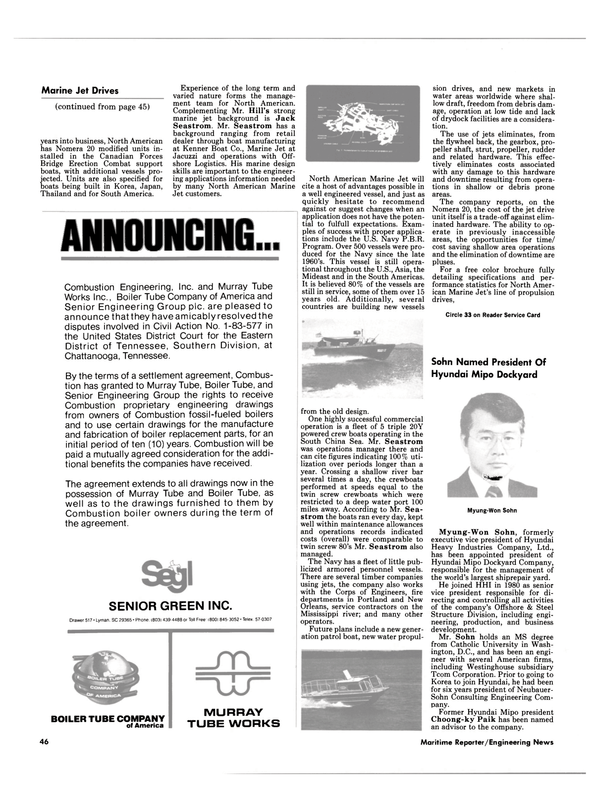