A new towing company featuring the coordinated efforts of four independent tug operators serving the Great Lakes has been formed, according to an announcement by Warren A. Jackman, a director of the Michigan-based Lakeswide Towing Group, Inc.

The Group is said to be the only tug company on the Great Lakes to provide local on-site dispatching, on-site management, and on-site harbor conditions monitoring. Mr.

Jackman said that the Group's tug operators are among the most experienced in the trades, and will continue to service those areas in which they have specialized for many years.

Marie locks and St. Mary's River (Seaway); and Kenosha, Milwaukee, Green Bay, Sturgeon Bay, and eastern Lake Michigan ports (JMS Towing). Mr. Jackman emphasized that carriers and vessel agents requiring towing services in several ports and harbors can place all of their orders by contacting any one of the Group's member companies.

"By offering these coordinated services, the Group guarantees personal attention by the individual towing companies involved in the ship's transit," he said. 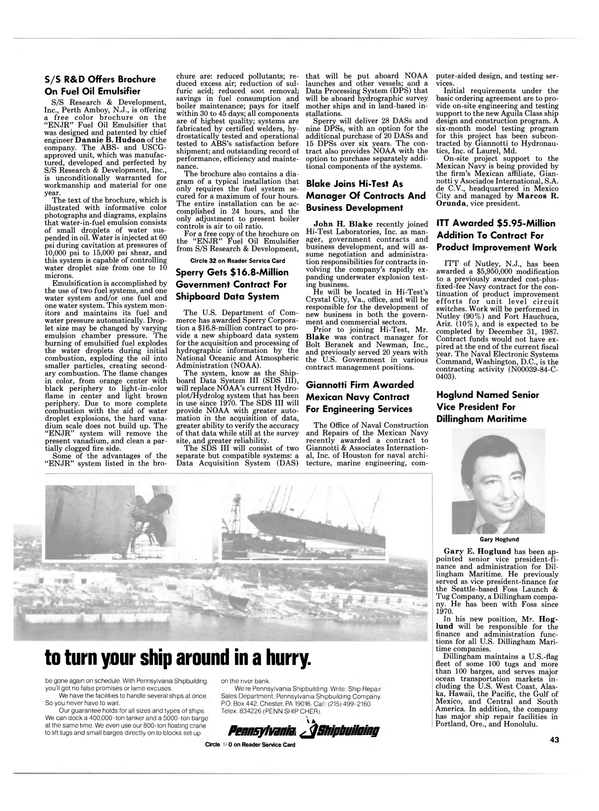