Under the MarAd action, USL will also: • Subcharter from Delta three new Sea Wolf Class RO/RO-containerships, one of which has been delivered and two of which are under construction at Odense Steel Shipyard in Denmark; • Assume Delta's interest at the time of delivery of a fourth containership to be built foreign by Delta under Section 615 of the Merchant Marine Act of 1936; and • Assume Delta's operating differential subsidy (ODS) agreements with the government, under which Delta has been providing subsidized service to Latin America, the Caribbean, and West Africa.

USL/SA (formerly Moore McCormack Lines) has been serving separate routes in the same general area under an ODS contract. It proposes now to serve a combined trade area as authorized by the Board.

MarAd determined that the total purchase price of Delta's 11 owned vessels of $36.6 million and USL's assumption of outstanding Title XI debt on the vessels is fair and reasonable.

The agency also approved the acquisition by USL from McLean Industries, Inc. and by Delta from USL of 366,000 shares of McLean preferred stock with a redemption value of $100 per share. 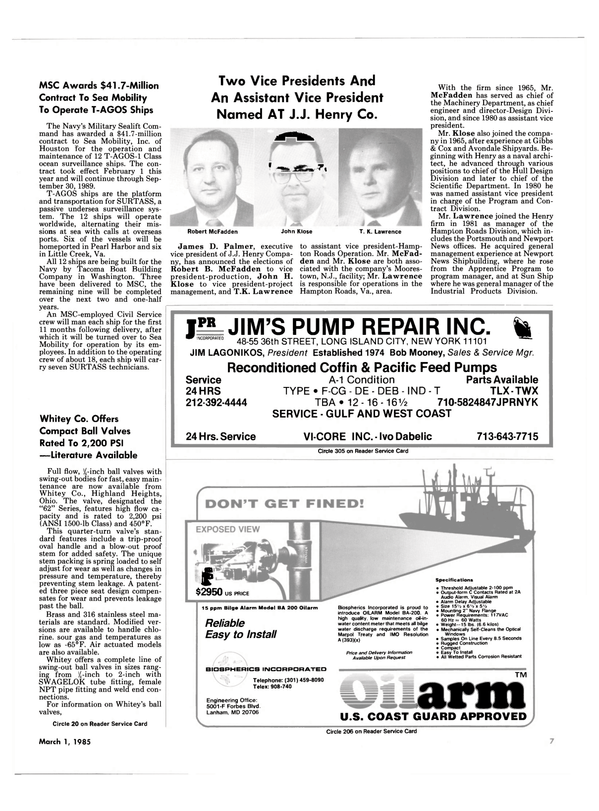