Seaworthy Systems, Inc., headquartered in Essex, Conn., has announced promotions associated with its recent restructuring. These realignments are aimed at maintaining quality control as the company grows, as well as to recognize the capabilities of the individuals concerned, according to Thomas J.

Jack E. Horner has been promoted to manager, engine and component analysis; Reed W. Cass has been named manager, evaluation and test engineering; and John P.

Tullai has been appointed manager, naval architecture and product software.

Mr. Horner has been with Seaworthy since 1975 and has more than 20 years of experience working with engines, components, and auxiliary systems. He is a mechanical engineering graduate of the University of Bridgeport, and has previously been employed by United Technology's Turbo Power and Marine Systems, and at General Dynamics' Electric Boat and Quincy divisions.

Mr. Cass has been involved with power plant surveys and design, and energy audits for Seaworthy for the past five years. He formerly worked for TRC Consultants and the Terry Steam Turbine Company. He is an engineering graduate of Maine Maritime Academy, and earned an MS degree at the University of Massachusetts.

Mr. Tullai has been largely responsible for the development of Seaworthy's COMET plant performance systems and the Fuel Acquisition software, and has participated in propeller design, lines work, and hull resistance work at the company's main office in Essex.

He is a graduate of Webb Institute of Naval Architecture.

Seaworthy Systems is a marine engineering firm specializing in the power plant, hull, and propeller areas, and operates out of offices in Essex, New York City, Solomons, Md., and Washington, D.C. 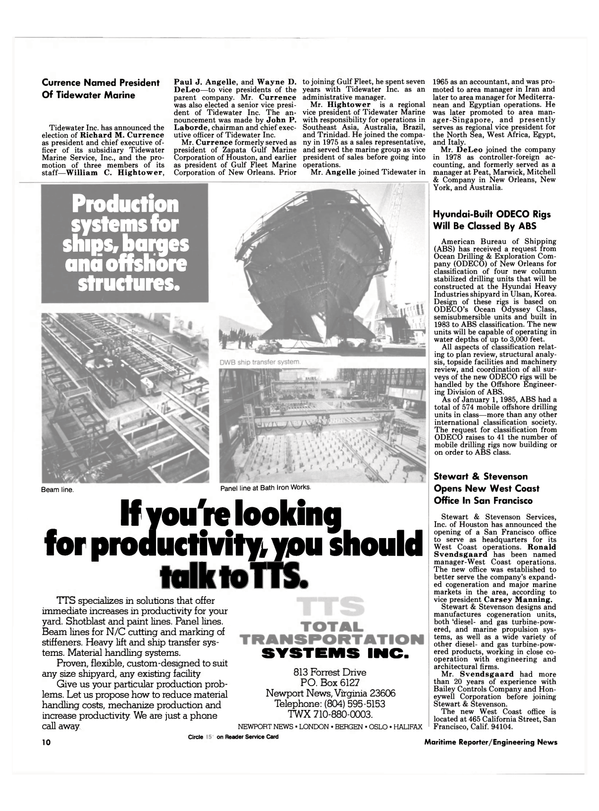