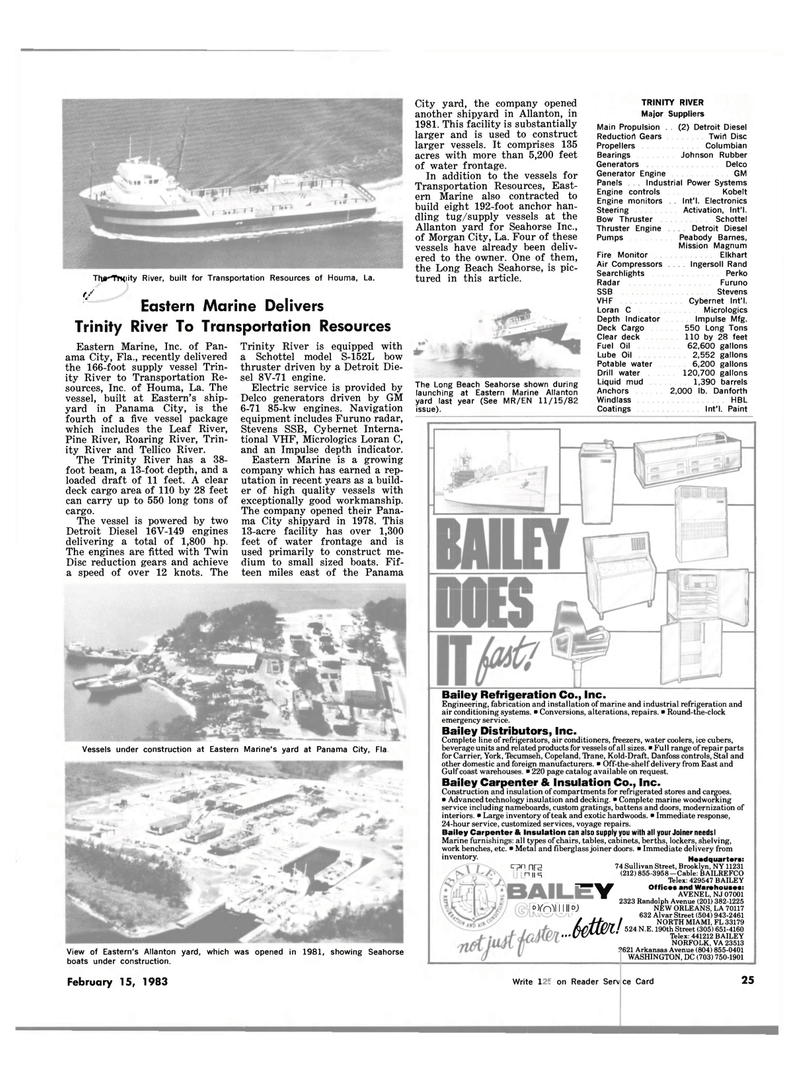 View of Eastern's Allanton yard, which was opened in 1981, showing Seahorse boats under construction.

The vessel is powered by two

The engines are fitted with Twin

Disc reduction gears and achieve a speed of over 12 knots. The

Electric service is provided by

Eastern Marine is a growing company which has earned a rep- utation in recent years as a build- er of high quality vessels with exceptionally good workmanship.

The company opened their Pana- ma City shipyard in 1978. This 13-acre facility has over 1,300 feet of water frontage and is used primarily to construct me- dium to small sized boats. Fif- teen miles east of the Panama

City yard, the company opened another shipyard in Allanton, in 1981. This facility is substantially larger and is used to construct larger vessels. It comprises 135 acres with more than 5,200 feet of water frontage.

In addition to the vessels for

Allanton yard for Seahorse Inc., of Morgan City, La. Four of these vessels have already been deliv- ered to the owner. One of them, the Long Beach Seahorse, is pic- tured in this article.