Speaking before the group's recent annual meeting, Mr. Goodrich said the Navy currently has 514 ships, up from 460 two years ago. Another 110 are under contract.

Despite cuts in previous budgets, the Navy has been able to stay ahead of its schedule for a 600-ship fleet, he said, attributing this to new procurement and management policies.

Awarding two nuclear carrier contracts this year, in one year instead of in two, will save more than $750 million, Mr. Goodrich cited as an example. The Navy has said it would offer fewer contracts on an invitation to bid, fixed-price basis, and that it would award more multi-ship contracts. Such contracts give shipbuilders more time to buy materials and to plan, which lowers costs.

Noting that multiyear procurement is "a key ingredient to stability," he said that the Navy is also writing more "equitable" contracts that divide the risk between contractors and the Navy as fairly as possible.

The main goal of the Navy's battle current development work is to quired extend the life and maximize the fleers, effect of existing weapons, the need o naval official said. 26 offide "Warriors, not systems, win The wars," and only a small fraction clined of what is technologically feasi- in 196£ ble is economical or strategically the 1,0 desirable, he said. include Technological improvements clear have lowered certain costs, said space Mr. Goodrich. He noted that a tems, fly ruiser 20 years ago re- 1,300 sailors and 326 of- Today the Aegis cruisers 300 enlisted men and rs to operate.

U.S. fleet, which has de- |rom a force of 1,000 ships is about half the size of 30-ship Soviet fleet, which aircraft carriers, nuuisers, submarines, and nd oceanic electronic sys- Mr. Goodrich emphasized. 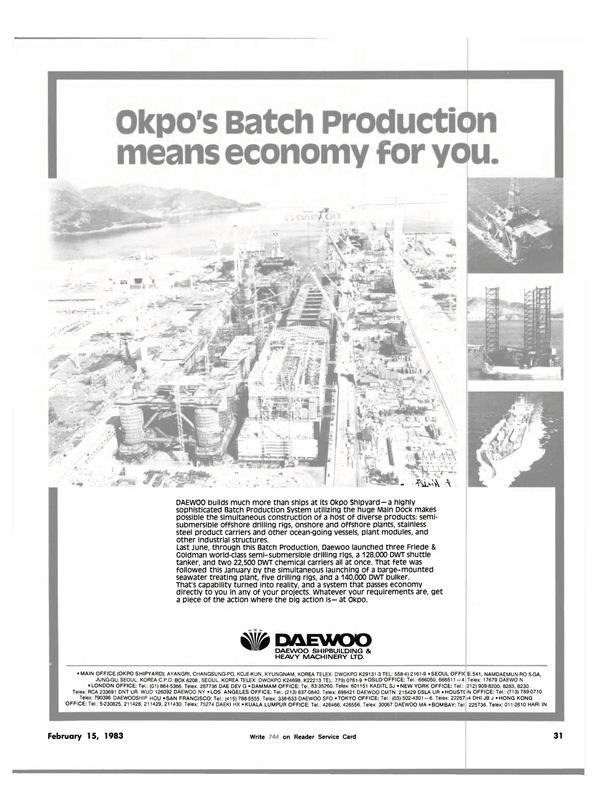