The Port Baltimore has two completely enclosed decks and an open third deck. Her 29-foot beam provides room for bars on both decks and 400 seated at tables. Below deck is a complete modern galley and storage areas. Air-conditioned and heated, the vessel will operate 10 months a year. The vessel complies with all pollution standards.

The Port Baltimore was built under U.S.

Coast Guard supervision for lakes, bays, and sound service, and admeasures under 100 gt.

The new vessel will be one of two operated by the same owners.

The Port Baltimore is the seventh of the Bay Queen-class vessels pioneered and built by Blount. Previously built vessels are in service from Maine to New Orleans, on the Great Lakes, and in Mexico. 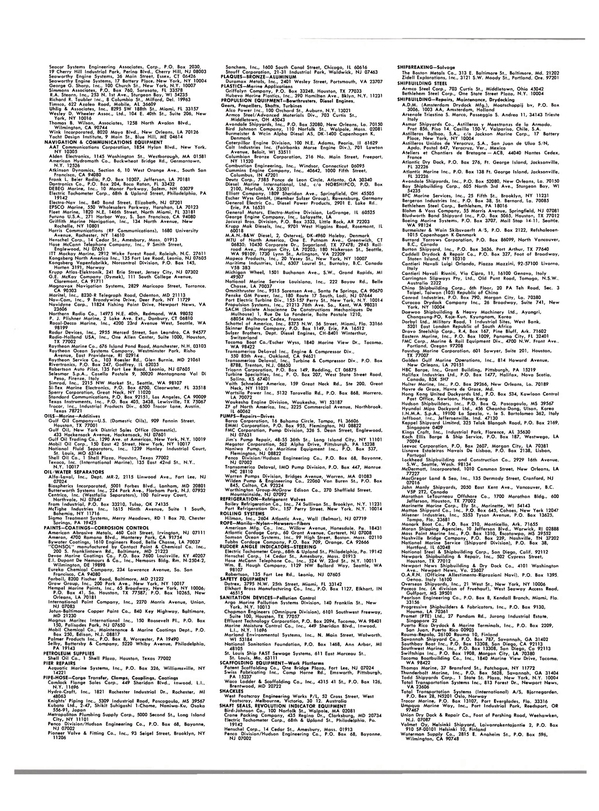