There are two Westinghouseequipped control stations aboard and a 56-point engine alarm system provided by EMI. The hydraulic steering system was manufactured by SSI and maneuverability is enhanced by a Bird- Johnson model 20 bowthruster driven by a Detroit Diesel 8V71 diesel engine through Capitol reverse/reduction gears.

The main switchboard and distribution panels were built by Continental Electric.

Satellite navigation is provided by a Magnavox MX4102 direction finder with interface to a Sperry gyrocompass. The VHF radio is a Sailor RT-144 and the SSB radio is a Stevens SEA 106-1.

Two Raytheon model 6425-6UP radars are installed. The starboard radar has a Raytheon IBCAS anti-collision unit. The vessel is also equipped with a Raytheon depth sounder, Henchel rudder angle indicators, and a Henschel intercom.

Some of the deck equipment includes a Smatco 66 DAW 200towing winch, a 5-foot by 8-foot Smatco stern roller, and an HBL electrohydraulic anchor windlass.

Living and working space is heated by Lennox electric strip heaters and cooled by 15 tons of Dunn and Bush water-cooled airconditioning.

Halter Marine owns and operates six shipyards in the Southeastern U.S., and is the world's largest builder of supply vessels for the offshore oil and gas industry. 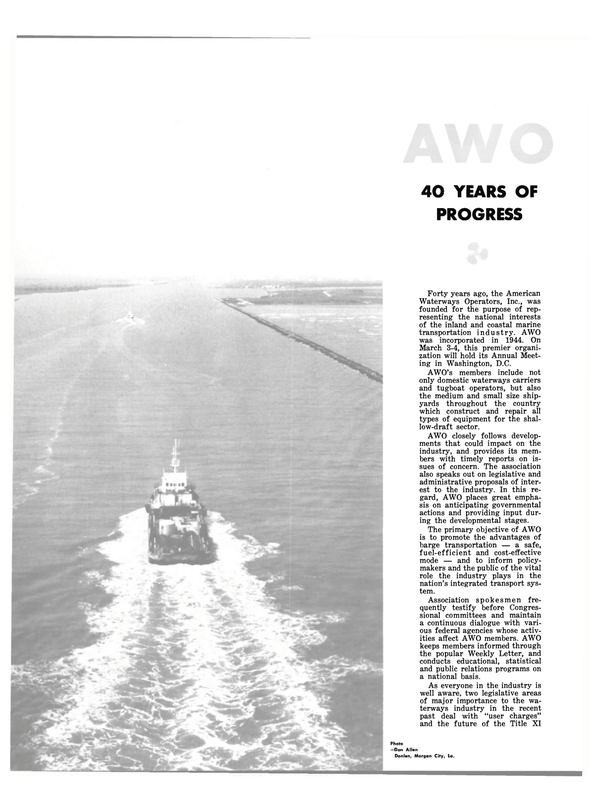