Swiftships Takes Over Mangone Shipbuilding From Stewart And Stevenson

Mr. Hoffpauir said the move will enable Swiftships to expand production of large steel offshore service ships, a long-time Mangone specialty. He said they were particularly pleased to "add this internationally famous shipyard to our operations" because "Mangone shares our dedication to building vessels of exceptional quality, and their ships have an unequalled reputation in rough offshore waters including the t r e a c h e r o us North Sea." He pointed out that Mangone built a large number of tug/supply vessels for Norwegian companies starting in the late 1960s, all of which are still at work in the North Sea.

Mr. Loden, in his announcement, emphasized that Stewart and Stevenson is pleased to sell to an old established customer and expects the new relationship between the two companies to be mutually beneficial.

Stewart and Stevenson is a major designer and manufacturer of total power packages for marine and other industries worldwide.

Don Godeau, vice president and general manager of Mangone for more than 14 years, said he is "as proud of Mangone's new association with Swiftships as I am of our old one with Stewart and Stevenson.

The yard and key personnel, including all our craftsmen, will remain intact, and we are joining one of the best shipbuilders in the industry." From its two shipyards in Louisiana, Swiftships has produced more than 300 vessels.

The company has built a variety of offshore service ships, patrol boats, and military vessels for major companies all over the world as well as the U.S. Navy and Coast Guard and many countries internationally. 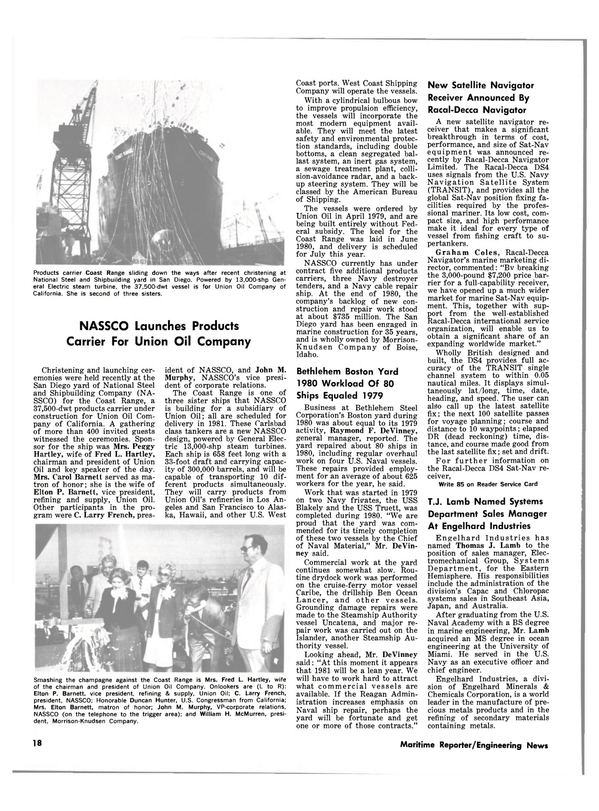 Read Swiftships Takes Over Mangone Shipbuilding From Stewart And Stevenson in Pdf, Flash or Html5 edition of February 15, 1981 Maritime Reporter