A recent meeting- of the New England Section of The Society of Naval Architects and Marine Engineers was held in Newton, Mass., where two student papers were presented. The first, titled Practical Considerations for Selection of High-Speed Marine Diesel Engines, was presented by John F. Duclos, a recent graduate of the U.S. Merchant Marine Academy and currently a graduate student at the University of Michigan. His paper dealt with the selection of high-speed marine diesels. The author explained the common American methods of rating these engines in the 100-1,200 bhp range. Mr. Duclos also discussed the advantages and disadvantages of two cycles, four cycles, natural aspiration, turbocharging, and other design options and characteristics.

The second paper, titled Laser Doppler Anemometry and the Measurement of Loading Characteristics of Lifting Sections, was p r e s e n t e d by H. Clayton Sayre, who is a graduate student at MIT. He discussed the fundamentals of laser doppler anemometry, a technique for sampling the flow field near a lifting surface and determining spanwise lift coefficients. He also described some experimental work carried out at the MIT propeller tunnel involving this technique. The author pointed out that laser doppler anemometry is a method that is of great value in any qualitative investigation of the interaction of a lifting surface with the boundary layer of an adjacent perpendicular wall. 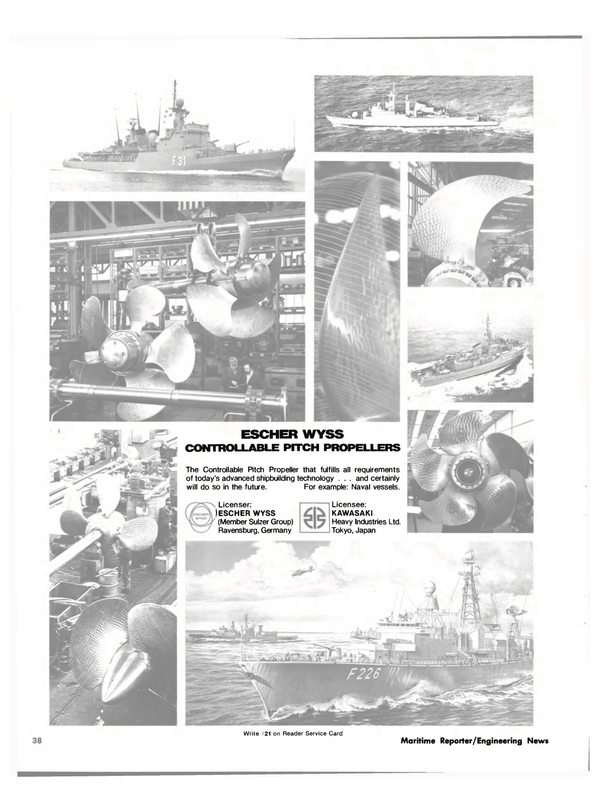