Marine Industries representatives were presented to the trade by the Delegue general du Quebec in New York, Richard Pouliot.

A description of the shipyard and other facilities was given by Mr. Veronneau, assisted by an interesting audio-visual presentation.

Said Mr. Veronneau: "Our company has always made it a point to keep abreast of the latest technology, and today MIL is one of the best equipped and most efficient ship repair operations in eastern Canada." World renowned as shipbuilding and repairing specialists with shipyard and works at Sorel, 40 miles from Montreal, Marine Industries is also a leading manufacturer of hydroelectric equipment, railway freight cars, and machinery for heavy industry. 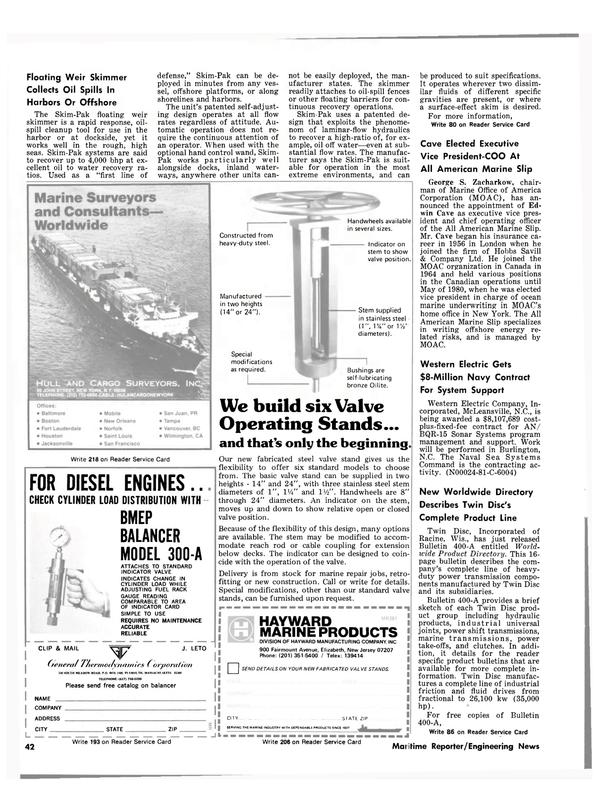