The combined service of these four men represents over 25 years of management experience with the Port of Galveston, Texas.

Mr. Marchand has served as assistant to the general manager since 1978. He joined the Wharves staff in 1970 and was responsible for the operation of the port's export crating division, Pier Point Packers, at the time of his promotion. Mr. Surovik has been with the port engineering staff since 1971. His most recent capacity was that of port engineer responsible for assisting in all the port's engineering and planning functions.

Mr. Erneta has been with the Wharves' Houston sales o f f i ce since 1976 as assistant Western sales manager. His responsibilities with the port involve the attraction of customers to utilize the Port of Galveston for shipping cargo. Mr. Massey was hired in 1978 as the Foreign Trade Zone manager for the Port.

He was formerly employed as vice president of the Breton Corporation, a warehousing firm in the Kansas City Foreign Trade Zone. 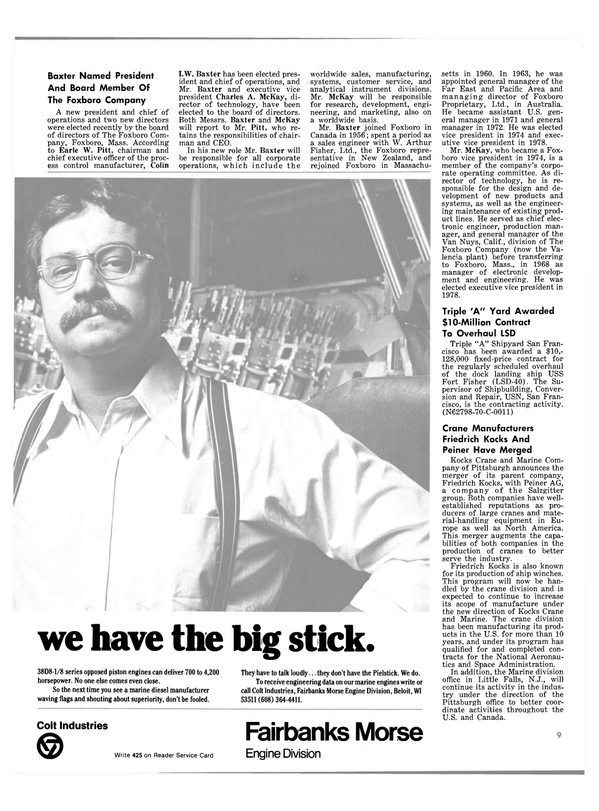