Several key executive appointments have been made by Crowley Maritime Corporation's Caribbean Division in order to further strengthen its organization, according to a recent announcement by Robert G. Homan, senior vice president and general manager of the division.

Dave Messer has been promoted to the position of vice president, Gulf common carrier services headquartered in Houston.

Ron Beacham has transferred to Houston as director, Gulf common carrier services, and is responsible for the daily operation of TMT's Gulf RO/RO service and GCML. 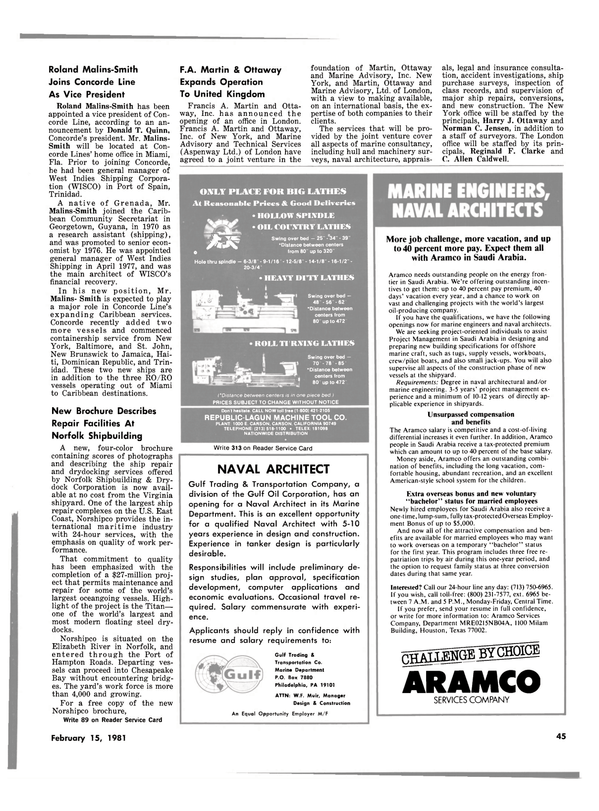