Mt. St. Helens added another victim to its long list of damaged capital equipment when the U.S. Corps of Engineers hopper dredge Pacific entered a Zidell drydock recently far in advance of its regularly scheduled date for maintenance. The condition of the dredge's pumps, with their impellers virtually worn out from dredging the highly erosive ash fallout, necessitated putting the job out for bid early. Zidell Marine Division, Portland, Ore., was lowest of five bidders.

The repair contract, valued at approximately $465,000, calls for completion of all work 30 calendar days from start.

Silt from the Cowlitz and other rivers of the St. Helens watershed filled the Columbia River channel, reducing it to a depth of only 15 feet after the volcano's May eruption, closing the river to freighters of all description. The Pacific, among the first dredges on the scene, worked 24 hours a day for 15 straight days in the Corps' successful effort to restore navigation.

Will Kenney, contracting officer's representative, said the dredged material was at least three to four times more erosive than the material normally dredged from the Columbia.

This, he said, was the prime reason for the 180-foot dredge coming in early for maintenance, and its requiring repair or replacement of 63 items in five systems.

Among the larger jobs is replacement of steel plates in the hopper, in gate wells, and various partitions. The propeller blades, eight of them each weighing 269 pounds, will also be replaced. 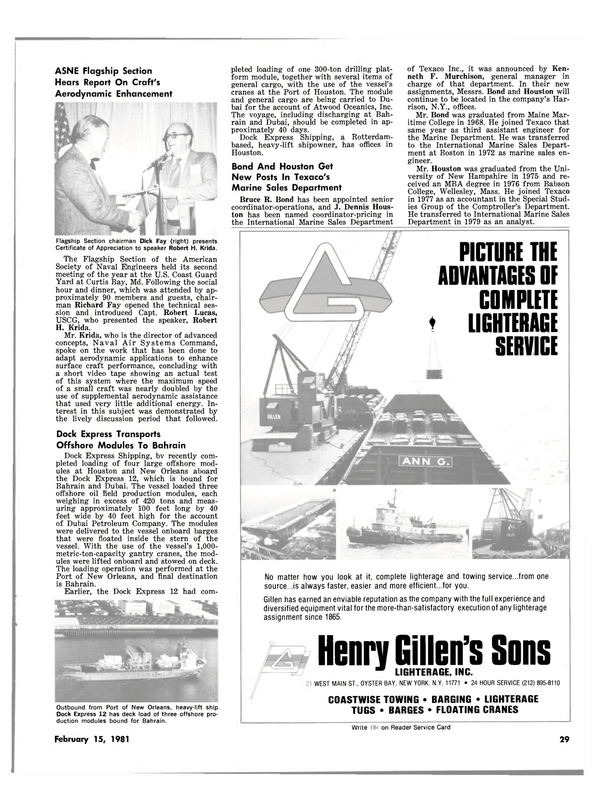