Mr. Atkinson, prior to joining Interstate, was serving as manager of corporate planning of SONAT Exploration Company in Houston, another major subsidiary of Southern Natural Resources.

Mr. Coleman was previously with Southern Natural Gas Company, also a major subsidiary of SNR, where he held a variety of positions, including projects coordinator and executive assistant to the president.

Interstate and Ocean Transport Company operates a fleet of 51 barges and 37 tugs between refineries and ports along the Atlantic and Gulf Coasts, and is one of the nation's largest marine transporters of petroleum products. 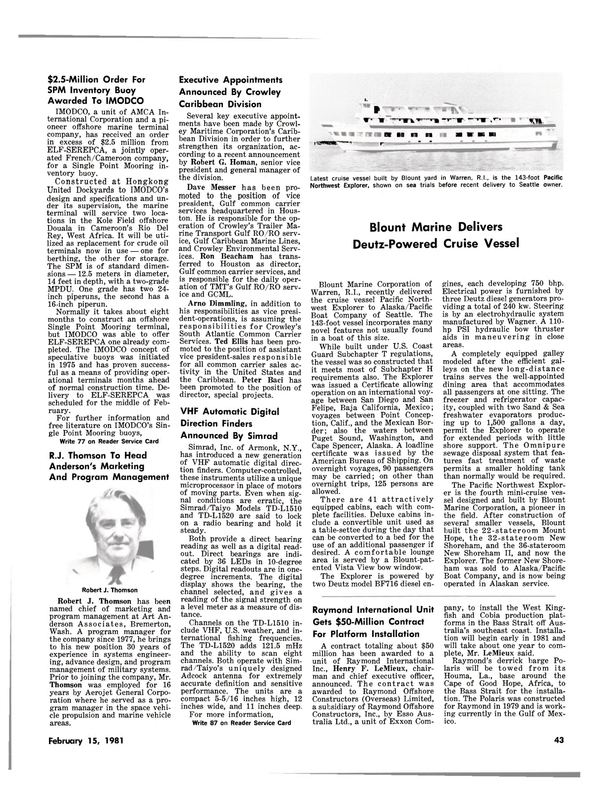