Newport News Shipbuilding, a Tenneco company, has purchased a 412,000-square-foot manufacturing plant on 50 acres of land in Arden, N.C., near Asheville.

The 12-year-old plant will be used for light machining operations to support an expanded program of overhauling submarines and surface ships for the U.S. Navy.

Edward J. Campbell, president and chief e x e c u t i v e officer of Newport News Shipbuilding, said: "We are in the process of roughly doubling our capabilities for submarine overhauls, and have completed construction of a second drydock devoted to this work.

We need additional light machining capacity to support this growing program, and the Arden facility is ideally suited for this type of work. We first considered the expansion of our operations here in Newport News, but suitable facilities simply were not available.

"We then conducted extensive economic s t u d i e s of s i t e s in Greeneville, Tenn., near our existing sheet metal facility, and later of the Arden facility. We determined that Arden was the more desirable location because of the size and layout of the existing plant and total acreage available for possible future expansion.

"There will be no reduction in work force at either Newport News or Greeneville as a result of acquiring the Arden facility." Start-up o p e r a t i o n s are expected to begin at Arden in July.

Present plans call for a total work force there of about 300 people by the end of 1982. The plant was built in 1969 by Walker Manufacturing Company, another division of Tenneco Inc., for the manufacture of automotive exhaust components. 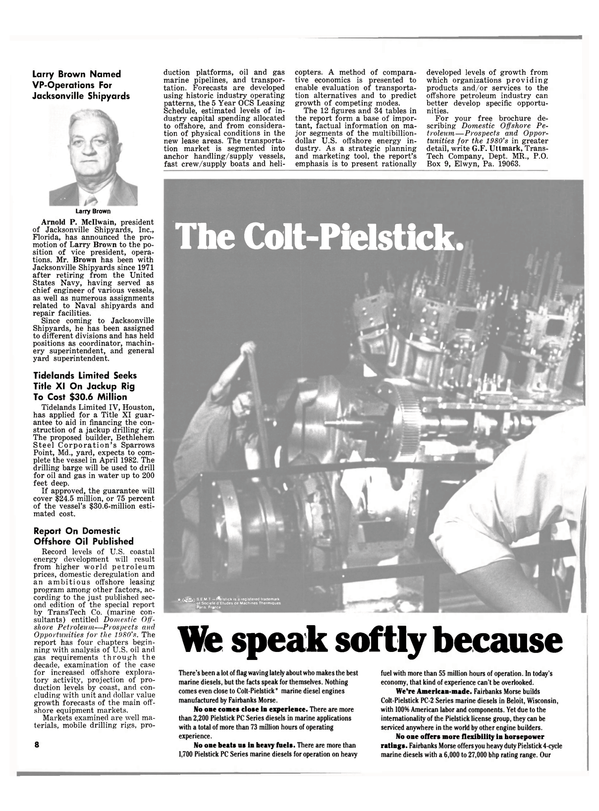