of Bath Iron Works announced that the shipyard was awarded a contract of approximately $142 million to build two tankers, with a potential for additional ships, by the Falcon I Sea Transport Company of Houston. The contract, signed recently in Washington, D.C., raised the business backlog of the shipyard to a peacetime record of approximately $757 million.

The chief executive officer of the Bath, Maine, shipyard said the project will require about 1,000 workers at its peak, with the first ship to be delivered within 32 months, the second to follow five months later. He said his company has immediate openings for approximately 100 technical skills as a result of the contract, including naval architects; hull, mechanical, electrical and industrial engineers; l o f t s m e n ; designer-drafters; and production planners.

The 34,500-dwt, diesel-powered tankers, which will be chartered by Falcon to the Military Sealift Command, will measure 666 feet in length and have a carrving capacity of 225,000 barrels. They will be the first commercial ships built by BIW since it delivered the containership Resolute to Farrell Lines last year. The vessels will f e a t u r e advanced environmental and safety systems to prevent oil pollution and reduce other environmental hazards. 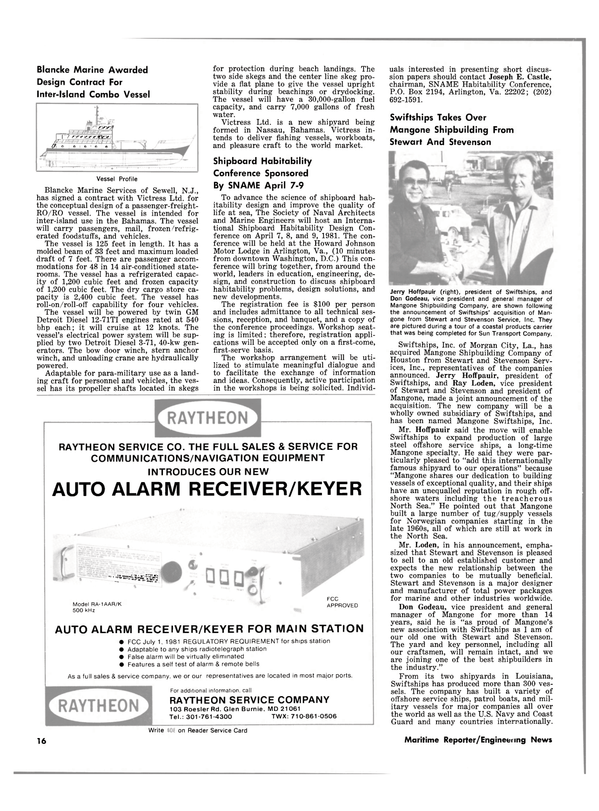