Henry Co., Inc., naval architects and marine engineers, has announced the promotion of George C. Cassa to the position of assistant chief marine engineer in the New York City office of the company.

Mr. Cassa is a graduate of the U.S. Merchant Marine Academy, Kings Point, N.Y., with a Bachelor of Science degree in marine engineering, and a Master of Management Science degree f r om Stevens Institute of Technology, Hoboken, N.J. In addition to sailing as a licensed engineer for two years, he was employed for three years as an automation specialist, including on-site installation and startup supervision of propulsion plant instrumentation and control systems. Mr. Cassa joined the machinery group of J.J. Henry Co.

in 1974, and has been involved in plan and s p e c i f i c a t i o n development, detailed design review and approval, and research, evaluation and development studies, including reliability improvements for vessel steering systems. He is an associate member of The Society of Naval Architects and Marine Engineers, and serves on the M-19 Panel (Tests and Trials) of SNAME. 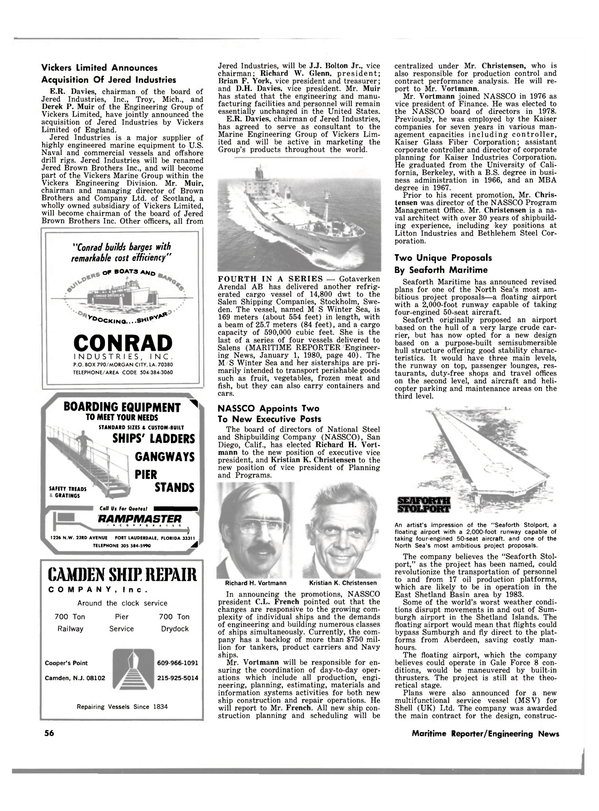