Zapata Corporation, Houston, Texas, announced recently that it has signed contracts for the construction of three new jackup rigs for its offshore drilling fleet in two Singapore shipyards. The company said the U.S.-flag rigs will be owned and operated by Zapata Off-Shore Company, are scheduled for 1981 delivery, and will have an estimated total cost of $105 million.

The company said that one of the jackups is being built for operation in severe environments, and will work initially for Mobil Oil of Canada under a three-year contract to drill in a new exploration area about 100 miles east of Nova Scotia. Zapata called the $42-million rig "one of the world's largest jackups in terms of storage capacity and structural strength." The company said the other two jackups will be moderate environment rigs suitable for work in Southeast Asia, the Middle East, the Gulf of Mexico and most other active exploration areas. They will cost approximately $31 million each.

R.C. Lassiter, Zapata Corporation president and chief operating officer, said construction of the three jackups is part of a plan to upgrade and extend the company's offshore drilling fleet to meet increasing long-term demand. He explained that all three units are of a three-legged, cantilever configuration which enables them to drill both exploration and development wells, extending by several years the usefulness of a rig in a successful exploration area.

Mr. Lassiter said that in view of their size and versatility, and projected markets for that class of rig, the company does not anticipate any problems finding work for the two smaller jackups, which have not yet been contracted.

Zapata said the specifications and design of the "Canada-class" jackup, developed by Baker Marine Corporation of Ingleside, Texas, for construction by Promet (Pte.) Ltd., Singapore, include the ability to withstand strong currents and 81-foot seas at a 150- foot water depth. The rig's variable deckload capacity will be 2,500 tons, and installed leg length will permit seasonal drilling in water depths to 200 feet. Leg length can be added later for drilling in deeper water in less severe environments.

The company said the other two jackup units, to be built by Far East - Levingston Shipbuilding, Ltd., will be equipped to drill in water depths to 250 feet. The rigs were designed by Friede & Goldman, New Orleans, La. All three rigs will be built to conform to regulations of the American Bureau of Shipping and the U.S. 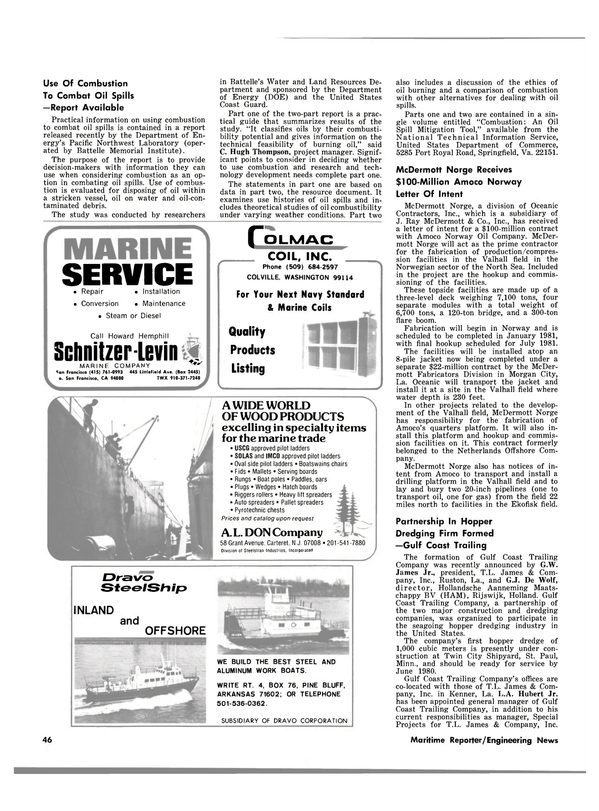