Another major oil company, Amoco, has signed contracts to equip ships in its fleet with computerized engine monitoring and control systems from Megasystems, Inc., Cleveland, Ohio.

The manufacturer reports the Seamatic II systems can achieve fuel savings of 5 to 20 percent.

They will be installed aboard the Amoco Cremona and the Amoco Voyager, 71,000-dwt tankers which operate primarily in the Caribbean.

The Amoco order follows announcement by Mr. Chimples in early January that four Seamatic II systems will be installed via IHI of Japan when it converts four VLCC supertankers for Mobil Shipping and Transportation Co. from steam to diesel operation.

A similar conversion was completed by IHI (Ishikawajima- Harima Heavy Industries, Ltd.) in December 1978, on the 285,000- dwt Mobil Hawk. The current fourfold order will raise to 15 the number of Seamatic lis ordered for the Mobil fleet. 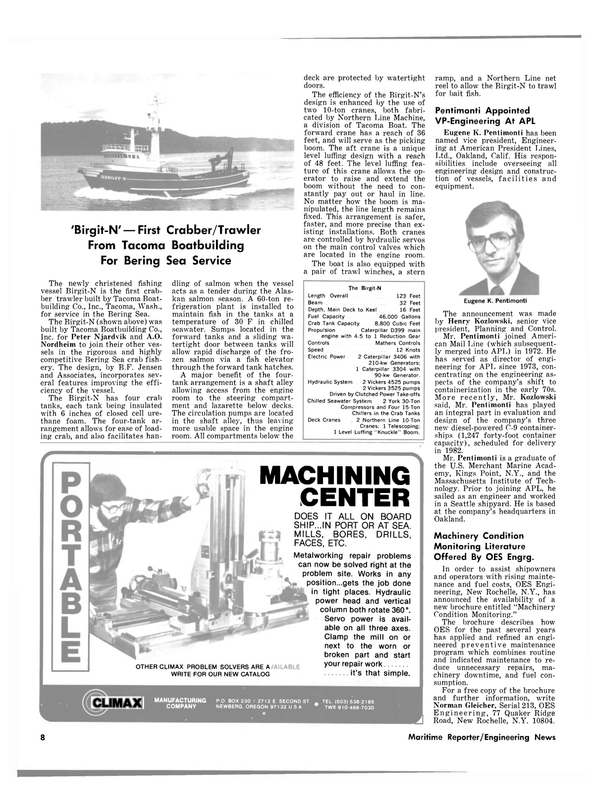