Mr. Thompsen will be responsible for all marketing functions, including sales, advertising, and public relations. Mr. Thompsen is a graduate of the Merchant Marine Academy, and s e r v e d 10 years on various deepsea and inland vessels. He is a member of The Society of Naval Architects and Marine Engineers, United States Naval Institute, and The P r o p e l l e r Club of the United States. He has served in various management positions for companies such as Amerace Corp., Cabot Corp., and Standard Oil of California.

Prior to joining Jackson Engineering, he was p r e s i d e n t of Thompsen Marine Supply Co., Inc., a company which he organized in 1971, and of which is a member of the board. 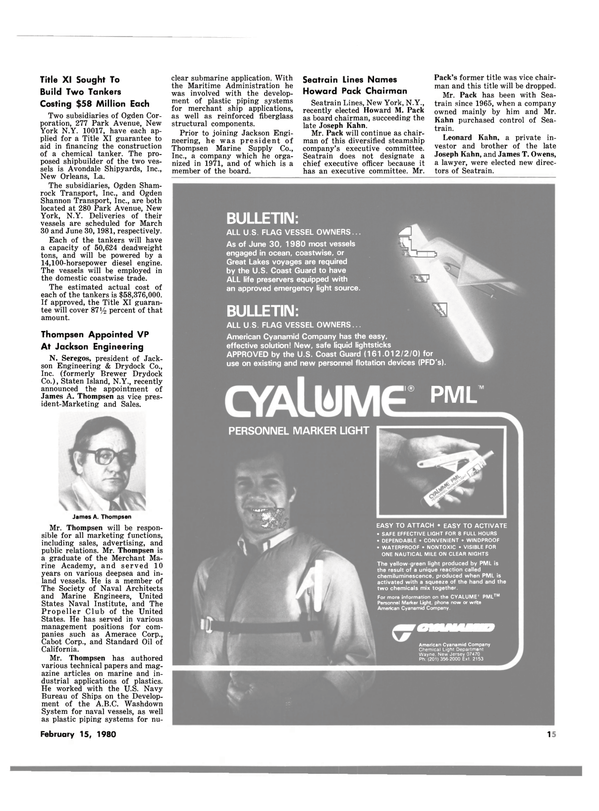