Swiftships, Inc. of Morgan City, La., has announced the completion of the Streljko, a 125-foot aluminum crew/supply boat. The new craft was built for and will be operated by Brodospas of Split, Yugoslavia. The Streljko has a beam of 23 feet and a depth of 10 feet. Her draft is 5 feet (loaded), and 3 feet (light). Power for the vessel is provided by twin MTU 12V 331 TC71 engines.

According to Calvin LeLeux, technical director of Swiftships, Inc. and project engineer for the Streljko, the new vessel will be used by Brodospas for offshore drilling operations in the Adriatic Sea. Spokesmen f o r B r o d o s p as said that the Streljko will be utilized immediately. 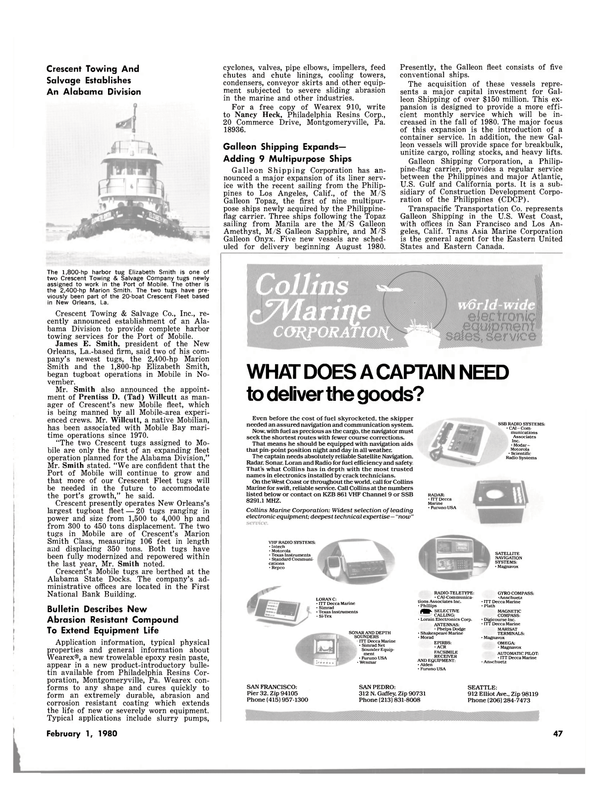