Megasystems, Inc., Cleveland, Ohio, has announced that Seamatic II engine monitoring and control systems will be an integral part of the conversion of four VLCC supertankers to diesel operation for Mobil Shipping and Transportation Co., now underway in Japan via IHI (Ishikawajima-Harima Heavy Industries Co., Ltd.).

Megasystems president Dean Chimples reported that this will be the second conversion project for Mobil at IHI yards using the firm's microprocessor-based computer and monitoring system. (The Seamatic II system was installed on the 285,000-dwt Mobil Hawk in a similar conversion to diesel power completed by IHI in late 1978.) All four new conversions include an optional combustion analysis feature on the diesel cylinders in addition to the basic monitoring and control functions. The vessels being converted by IHI are the Mobil Eagle, the Mobil Falcon—both ABS-class vessels— and the Mobil Athos and the Mobil D'Artagnan which carry the RV designation from France's Bureau Veritas.

The combustion analysis feature will also be added to the original Seamatic II electronics package aboard the Mobil Hawk. 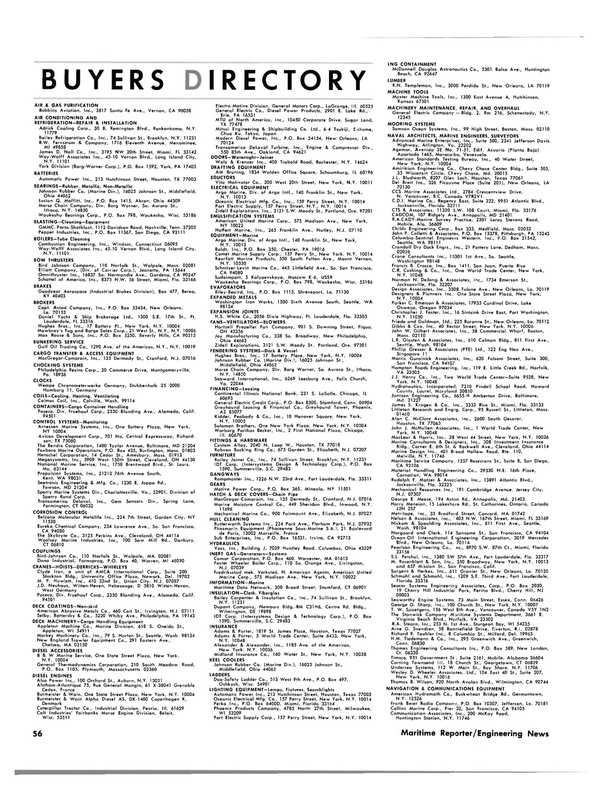