MTU of North America, Inc., a subsidiary of MTU Friedrichshafen West Germany, and distributor of high-performance diesel engines, officially opened its corporate headquarters in Houston, Texas, recently with a second facility in Morgan City, La. MTU of North America is an extension of MTU's worldwide marketing and product support system, designed to provide immediate service to MTU customers of the Gulf Coast.

The facility is located in a new large industrial park, Corporate Park, off Highway 59 in Sugar Land, just southwest of Houston, with ready access to Freeport, Galveston and other coastal areas.

It features a special testing station for new and rebuilt MTU diesel engines. Valued at over $100,000, the test stand, equipped with a cooling tower and dynamometer, exactly simulates actual running conditions for engines up to 2,500 bhp so that they can be thoroughly tested before installation.

There is also a special airconditioned room for the testing of injection pumps and nozzles.

Peter Moeller, executive vice president and general manager of MTU of North America, was responsible for overseeing the construction of the new facility near Houston. He is in charge of staffing the new company, as well as heading its daily operations.

The specially trained personnel at Houston and Morgan City are on call 24 hours a day, every day of the year, to assist customers in s e l e c t i n g appropriate power systems, and to provide complete follow-up service. MTU of North America maintains a fleet of mobile units (including a $90,000 service and spare parts inventory vehicle).

MTU of North America maintains a one-million-dollar inventory of spare parts. The inventory is computer-controlled, and low stocks are automatically replaced via a direct computer link-up to the main plant in Friedrichshafen, Germany. There are over three million dollars in complete engine assemblies stocked in Houston and Morgan City. Ninety percent of these engines are sold and soon to be delivered to clients.

MTU of North America expects to expand its operations along the Gulf Coast beyond the existing facilities at Houston and Morgan City. 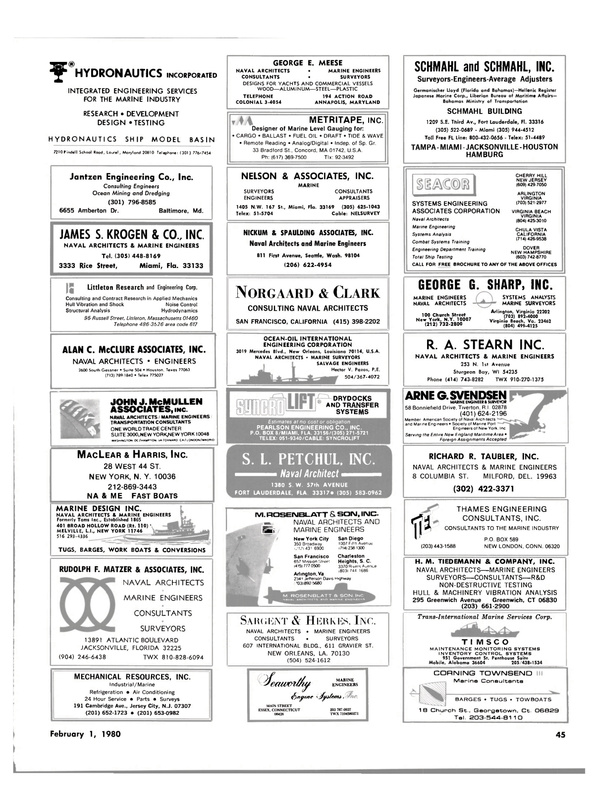