The appointment of Edmond J. Fitzgerald as Director, Office of Ship Financing Guarantees at the Maritime A d m i n i s t r a t i on (MarAd) has been announced by Samuel B. Nemirow, Assistant Secretary of Commerce for Maritime Affairs.

He replaces Gerard E. Neumann, who has been appointed to the newly established position of Deputy Assistant Administrator for Maritime Aids (Finance).

In 1960, Mr. Fitzgerald joined MarAd as a Marine Insurance Examiner Trainee, and was subsequently promoted and transferred to the then Division of Mortgage I n s u r a n c e Contracts.

He left MarAd in 1966 to accept a position as senior financial analyst at Ford Motor Company, before rejoining the Federal Agency in 1971.

Mr. Fitzgerald holds a Bachelor of Science degree from the U.S. Merchant Marine Academy and a master's degree in business administration f r o m A m e r i c an University. 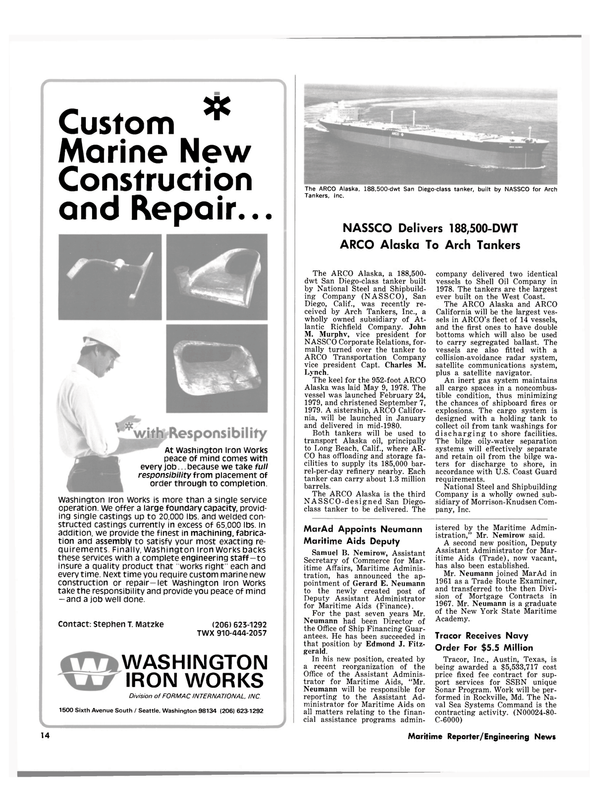