Both tankers will be used to transport Alaska oil, principally to Long Beach, Calif., where ARCO has offloading and storage facilities to supply its 185,000 barrel- per-day refinery nearby. Each tanker can carry about 1.3 million barrels.

The ARCO Alaska is the third N A S S C O - d e s i g n e d San Diegoclass tanker to be delivered. The company delivered two identical vessels to Shell Oil Company in 1978. The tankers are the largest ever built on the West Coast.

The ARCO Alaska and ARCO California will be the largest vessels in ARCO's fleet of 14 vessels, and the first ones to have double bottoms which will also be used to carry segregated ballast. The vessels are also fitted with a collision-avoidance radar system, satellite communications system, plus a satellite navigator.

An inert gas system maintains all cargo spaces in a noncombustible condition, thus minimizing the chances of shipboard fires or explosions. The cargo system is designed with a holding tank to collect oil f r om tank washings for d i s c h a r g i n g to shore facilities.

The bilge oily-water separation systems will effectively separate and retain oil from the bilge waters for discharge to shore, in accordance with U.S. Coast Guard requirements. 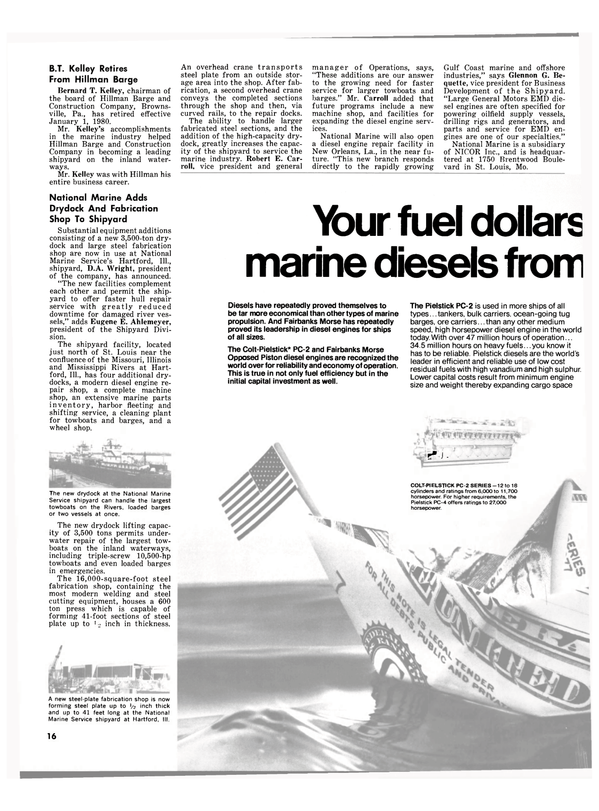