The company will act as agents for a number of major overseas ship repairing companies and will liaise with local shipowners requiring docking and repair work overseas.

The new company has already obtained the agency for Lisnave in Portugal, one of the world's largest ship repairing companies, and has also been appointed as agents by the other major Portuguese company, Setenave. They will also represent the two companies for new shipbuilding. Other major worldwide ship repairing companies are at present discussing representation with Ship Repairers & Shipbuilders (HK) Ltd.

The new s u b s i d i a r y will be headed by C.C. Chen, a highly experienced shipping executive who has been with HUD for 11 years. 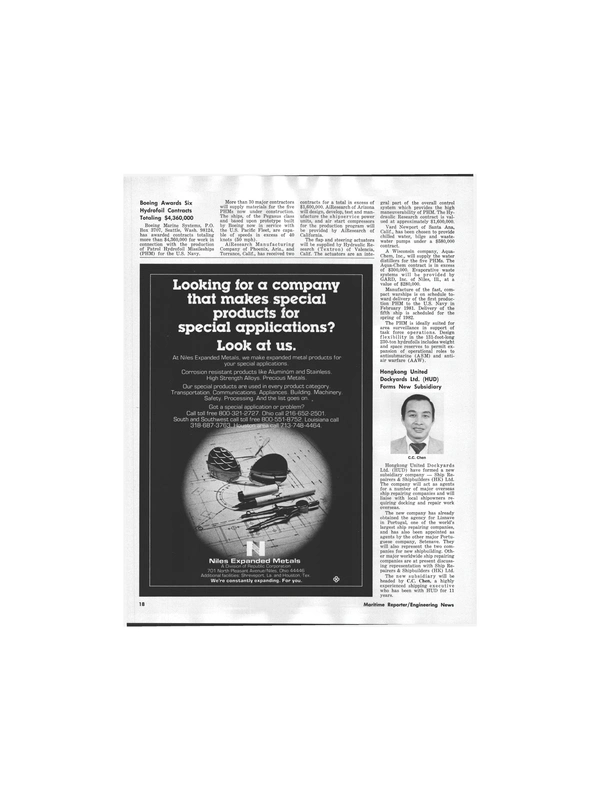