Designed and constructed by Bell Aerospace Textron, the JEFF(B) is ready for a period of intense Navy testing. A complete checkout and shakedown of all systems has already been conducted.

The craft has a design gross weight of 325,000 pounds and has achieved speeds of more than 50 knots in the Gulf of Mexico test range. In addition, it has demonstrated ability to operate with two of its six engines shut down.

With a 50-knot over-water speed, coupled with the ability to proceed beyond the water's edge to offload a 60-ton payload of tanks and heavy artillery inland, the JEFF Craft will pave the way for adding an essential new dimension to Navy/Marine Corps amphibious assault capability.

This flexibility can be translated into tactical surprise, increased survivability and a rapid buildup of forces ashore by the amphibious forces of the future.

The JEFF Craft are the largest (in terms of design weight) military hovercraft in the world. They stand at the perimeter of known technology for ACVs. The craft will demonstrate new technology with unique subsystems, and during tests and trials will also demonstrate the military effectiveness of the concept of employing air cushion vehicles in amphibious assault. The best features of the JEFF (A) and JEFF(B) will then be combined to design and build a production configuration.

The follow-on design and procurement of fleet hardware will be accomplished under the Landing Craft, Air Cushion (LCAC) Acquisition Program.

Another craft, the JEFF (A), which is being constructed by the Aerojet Liquid Rocket Company, will be delivered to the Navy this month. The two craft use very different technical approaches to meet the same set of performance requirements. Each will carry more than 60 tons of payload.

Developed under the Navy's Amphibious Assault Landing Craft (AALC) Program, the JEFF Craft have been designed to operate from the well decks of amphibious ships. Riding on a cushion of air a few inches above the surface of water or land, the craft will be able to transition from the sea through the surf and across the beach to offload cargo—men, vehicles and equipment—on hard ground. With these c r a f t , the Navy will develop the technology and demonstrate the feasibility and military utility of employing ACVs in an amphibious assault.

P r e s e n t i n g the key to the JEFF(B) for Bell Aerospace Textron at the July 28 ceremony was John Kelly, vice president, New Orleans, Operations, and Robert Postle, Bell's program manager throughout the design and construction of the craft.

Accepting the key to the JEFF(B) for the Navy was Jeffrey Benson, the Naval Sea Systems Command AALC program manager in Washington, D.C.

Mr. Benson's remarks included congratulations to the Navy and to Bell personnel for their outstanding individual and team efforts, and a special note of appreciation to the families of all involved for t h e i r support in achieving this important milestone.

The key to the craft and custody for its operations and maintenance were t r a n s f e r r e d to Comdr. Wallace G. Wilder, USN, the officer-in-charge of the AALC Experimental Trials Unit, a field activity, and representative of the Commanding Officer, David W. Taylor Naval Ship Research and Development Center, located at Carderock, Md.

Also on the podium for the delivery ceremony were Melvin M.

Green, members of the ETU, accepted the key, started the craft, brought it up on cushion, turned and proceeded down the ramp onto beautiful St. Andrew Bay for the first mission under complete Navy control. 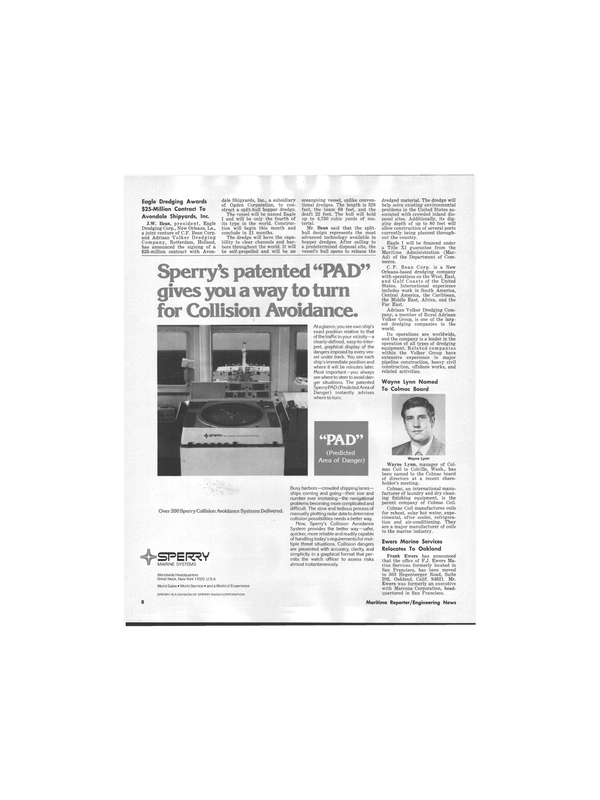