John T. Gilbride, president and chief executive officer of Todd Shipyards Corporation, in a speech on January 23 at The Propeller Cluib, Port of New York, provided his audience with an "inside" viewpoint of the recent findings of the Commission on American Shipbuilding.

As a member of the Commission, he was intimately involved in the three-year study and therefore able not only to amplify some of the findings, but -also to bring them up to date in light of the rapidly changing world situation.

Mr. Gilbride stressed the diversity of the committee membership and how it was selected to achieve maximum objectivity. In describing the Commission's search for facts, he noted that the group visited and surveyed people at 49 shipyards throughout the 12 major shipbuilding countries of the world, and more than 20 additional maritime organizations, government agencies, and consultants.

He praised the Japanese competitive success in the world market and the reasons for it, also pointing out the current problems facing the Japanese which may serve to lessen their competitive advantage. As an example, because of spiraling infla- construction in Japan, a Japanese ship costs twice today what it did five years ago.

Mr. Gilbride dealt point by point with the reasons cited by the Commission report for Japan's strong competitive position, and showed how the situation is changing to bring U.S. shipyards into a better competitive balance. The reasons given are: highly developed technology, excellent labor relations, modern construction methods, fixed prices, unequivocal Government support, and inter-industry and Government cooperation. In several of these areas, the U.S. shipbuilding industry position is improving, and in others, recommendations have been made by the Commission to rectify the problems.

Mr. Gilbride concluded by urging his audience to read the report for supporting documentation of his conclusions. He observed that, since the enactment of the Merchant Marine Act of 1970. the U.S. shipbuilding industry has proved what can be done, given a start toward a stable market and the opportunity to build ships in series; that it has, in fact, met the challenge inherent in the Act by meeting or bettering the declining subsidy scale in every contract award since its enactment.

It is Mr. Gilbride's personal conviction that our country will not be self-sufficient in meeting its energy needs in the near future, if at all, and that we will have to depend on imported crude oil to sustain our economy well into the 1980s. He indicated that, as evidence of the private American shipbuilding industry's will to adjust to the changing market, that $500 million have been put into shipbuilding facilities in the last three to four years, and that $300 million of capital improvements are in the advanced engineering stage. 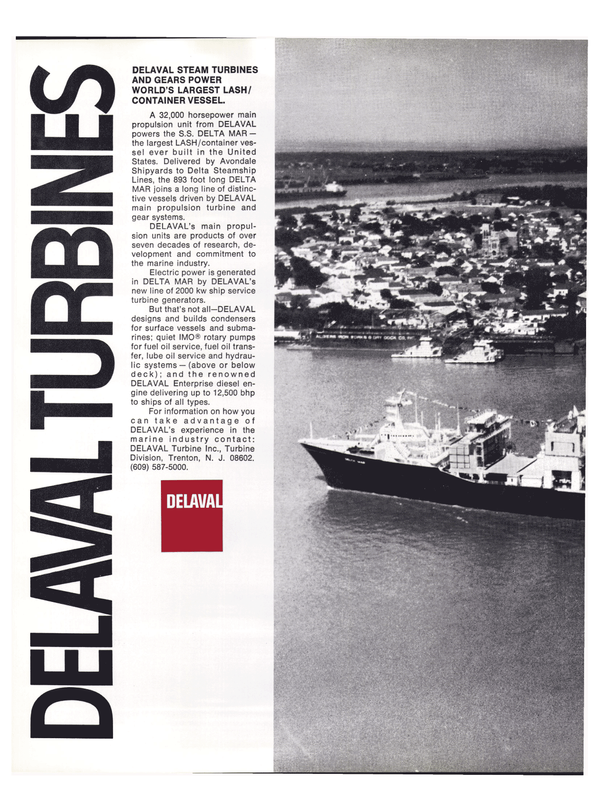