The Turnkey Supply Chain of Cranes

Cranes are much more than just critical equipment. At ZPMC, it means the supply chain itself. 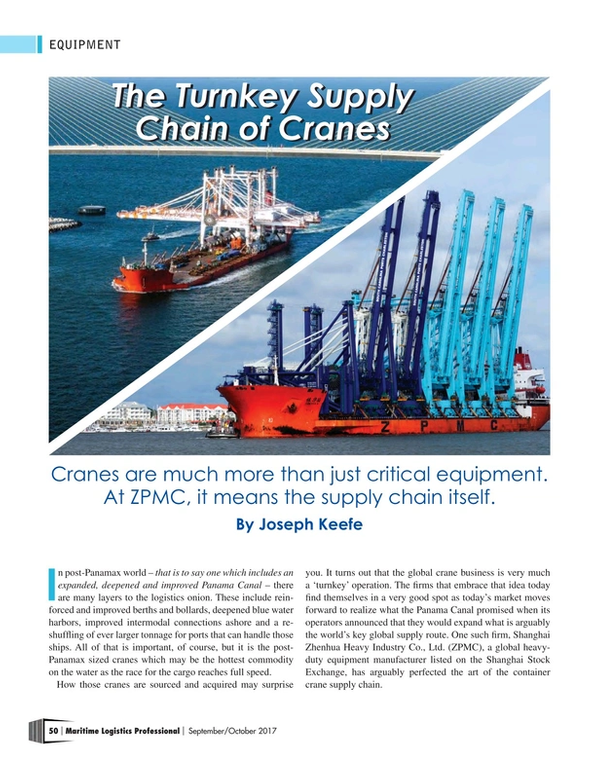 Other stories from Sep/Oct 2017 issue