It is evident by now that we are in a robotics revolution. In almost every industry, from healthcare to hospitality, robots are emerging that can successfully complete a task without the human element. Artificial intelligence (AI) is also advancing at phenomenal rates beyond what some imagined possible this decade. The marine sectors have embraced robotics in data collection and exploration, but the infancy of AI in our industry delays progress toward the perfect synergy between humans and machines in the underwater realm. 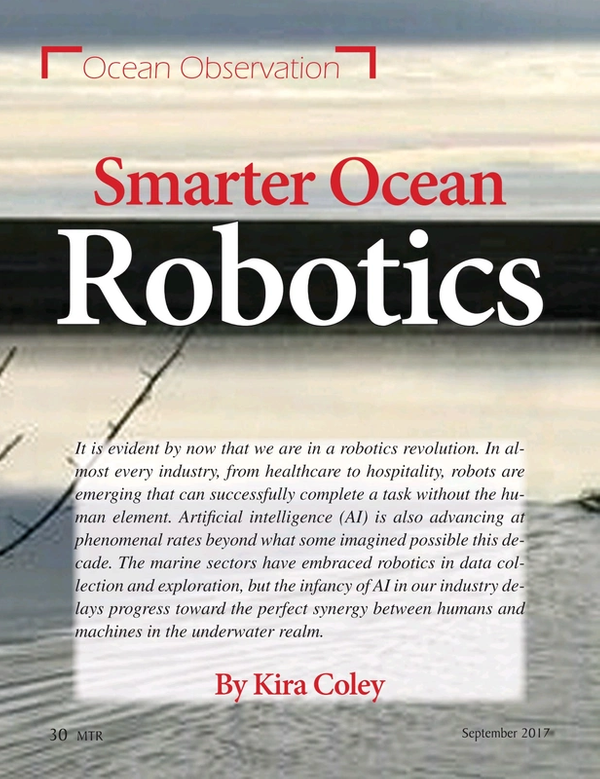 Other stories from September 2017 issue