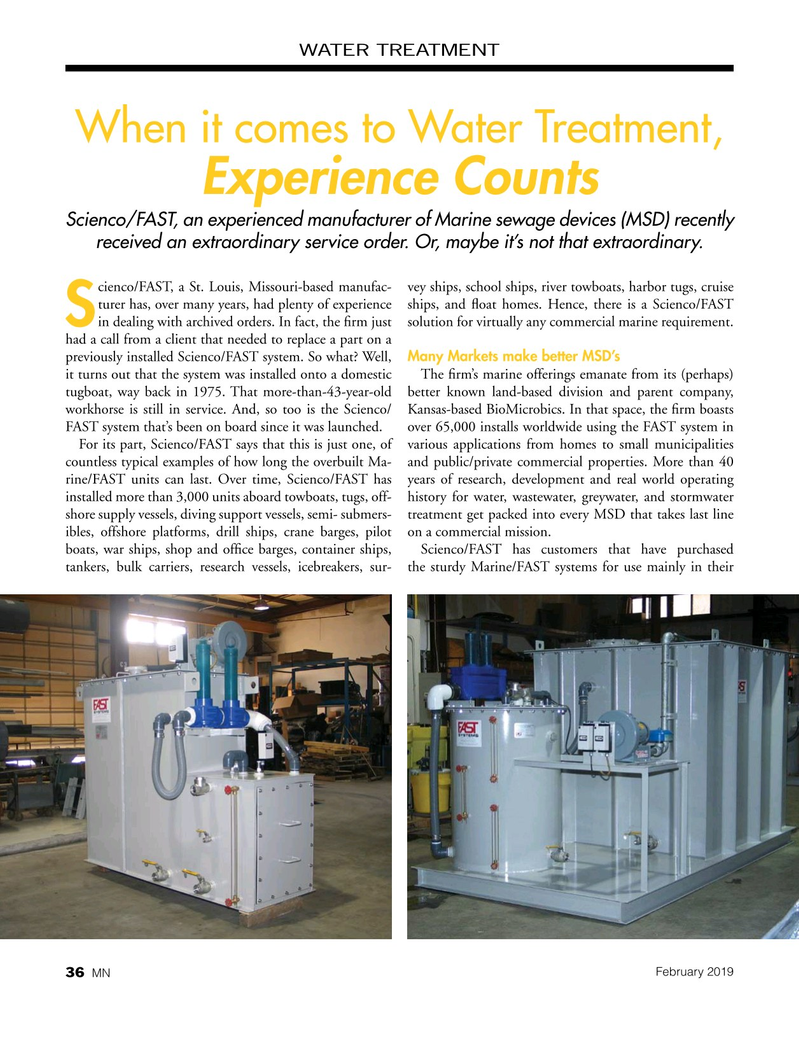 When it comes to Water Treatment,

S in dealing with archived orders. In fact, the frm just solution for virtually any commercial marine requirement. had a call from a client that needed to replace a part on a previously installed Scienco/FAST system. So what? Well, Many Markets make better MSD’s it turns out that the system was installed onto a domestic The frm’s marine offerings emanate from its (perhaps) tugboat, way back in 1975. That more-than-43-year-old better known land-based division and parent company, workhorse is still in service. And, so too is the Scienco/ Kansas-based BioMicrobics. In that space, the frm boasts

FAST system that’s been on board since it was launched. over 65,000 installs worldwide using the FAST system in

For its part, Scienco/FAST says that this is just one, of various applications from homes to small municipalities countless typical examples of how long the overbuilt Ma- and public/private commercial properties. More than 40 rine/FAST units can last. Over time, Scienco/FAST has years of research, development and real world operating installed more than 3,000 units aboard towboats, tugs, off- history for water, wastewater, greywater, and stormwater shore supply vessels, diving support vessels, semi- submers- treatment get packed into every MSD that takes last line ibles, offshore platforms, drill ships, crane barges, pilot on a commercial mission.