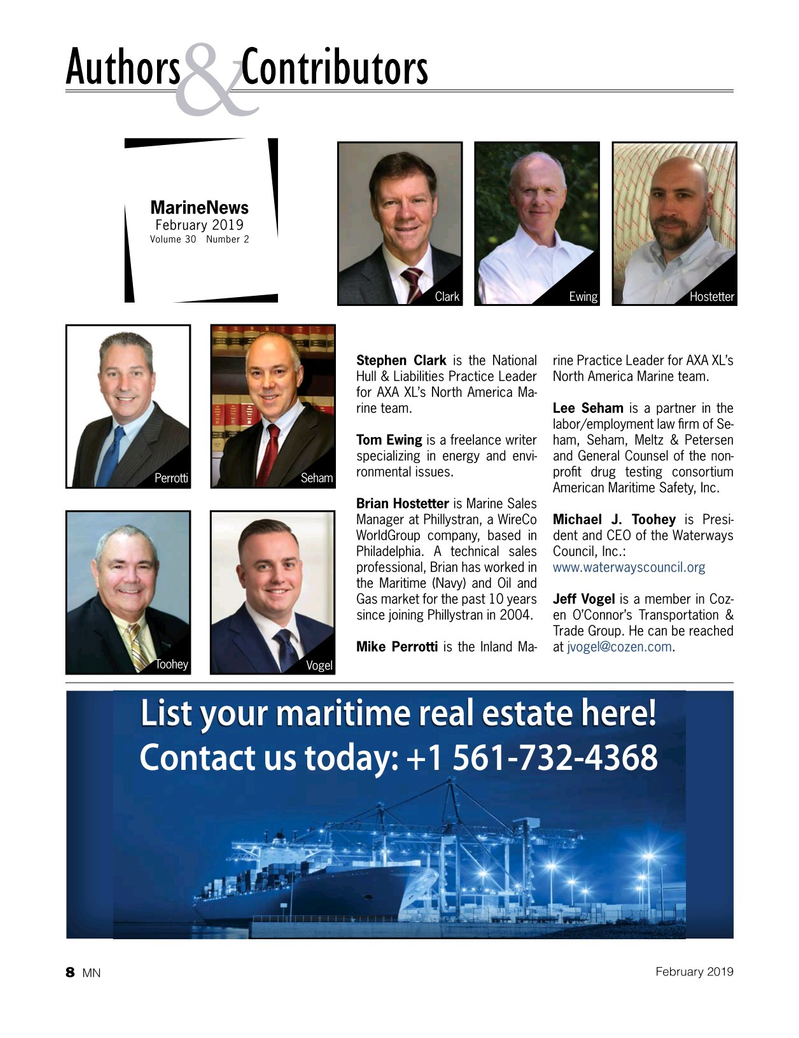 for AXA XL’s North America Ma- rine team. Lee Seham is a partner in the labor/employment law frm of Se-

Manager at Phillystran, a WireCo Michael J. Toohey is Presi-

WorldGroup company, based in dent and CEO of the Waterways

Philadelphia. A technical sales Council, Inc.: professional, Brian has worked in www.waterwayscouncil.org the Maritime (Navy) and Oil and

Gas market for the past 10 years Jeff Vogel is a member in Coz- since joining Phillystran in 2004. en O’Connor’s Transportation &

Trade Group. He can be reached

Mike Perrotti is the Inland Ma- at jvogel@cozen.com.