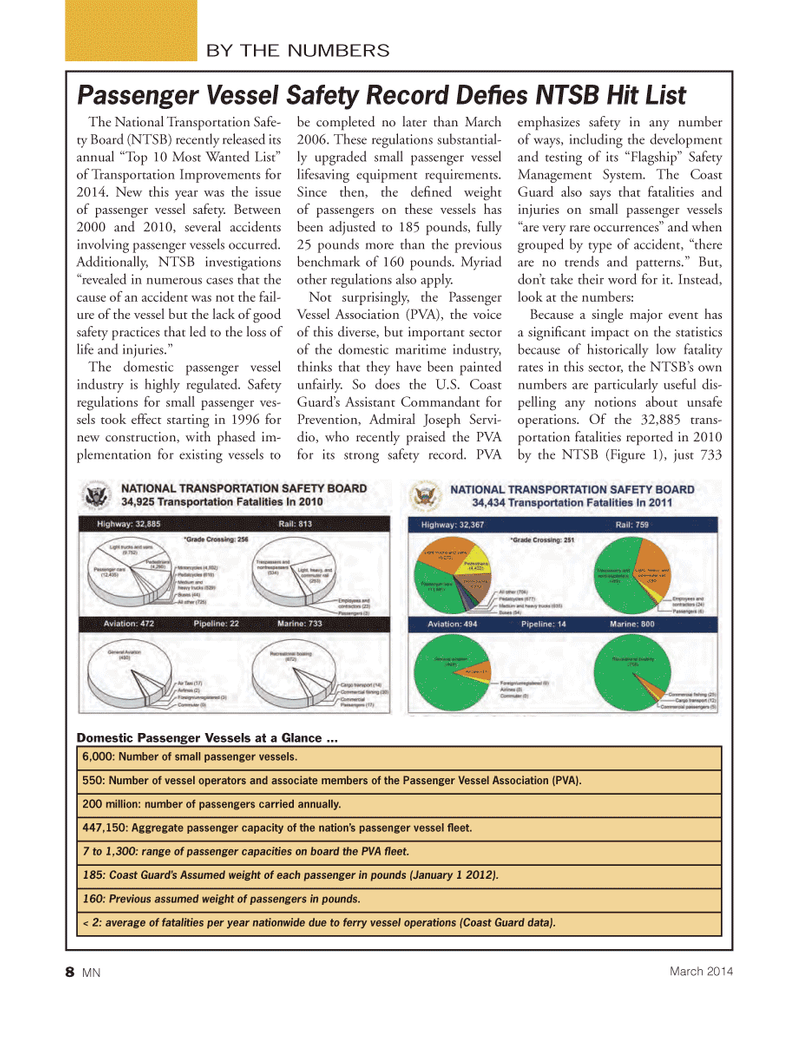 Additionally, NTSB investigations “revealed in numerous cases that the cause of an accident was not the fail- ure of the vessel but the lack of good safety practices that led to the loss of life and injuries.”

Since then, the defi ned weight of passengers on these vessels has been adjusted to 185 pounds, fully 25 pounds more than the previous benchmark of 160 pounds. Myriad other regulations also apply.

Not surprisingly, the Passenger

Vessel Association (PVA), the voice of this diverse, but important sector of the domestic maritime industry, thinks that they have been painted unfairly. So does the U.S. Coast

Prevention, Admiral Joseph Servi- dio, who recently praised the PVA for its strong safety record. PVA emphasizes safety in any number of ways, including the development and testing of its “Flagship” Safety

Guard also says that fatalities and injuries on small passenger vessels “are very rare occurrences” and when grouped by type of accident, “there are no trends and patterns.” But, don’t take their word for it. Instead, look at the numbers:

Because a single major event has a signifi cant impact on the statistics because of historically low fatality rates in this sector, the NTSB’s own numbers are particularly useful dis- pelling any notions about unsafe operations. Of the 32,885 trans- portation fatalities reported in 2010 by the NTSB (Figure 1), just 733